möve is part of an ongoing exploration of the design space of machine kinesics. The research investigates how machines can employ forms of kinesics, or nonverbal communication, to communicate with humans, the environment and other beings. The lack of biomorphic features in the mechanic appearance accentuates expressive machine movements, distinguished from biological equivalents. This endeavour speculates about the emergence of a "machine kinesics", how embodied AI-agents would interact with their environment in the future. This machine kinesics might become, to an extent, detached from the kinesics of biological beings and evolve independently. At this initial state of the research the subject is a machine that is reduced to two lines and is controlled by a human performer.

The machine body of möve consists of two rails linked with three actuated degrees of freedom, allowing rotation around one axis and translation along two axes. At the current state, möve moves according to the captured motion data of a human performer, experimenting with the scope of movements and corresponding expressions this machine body conveys. 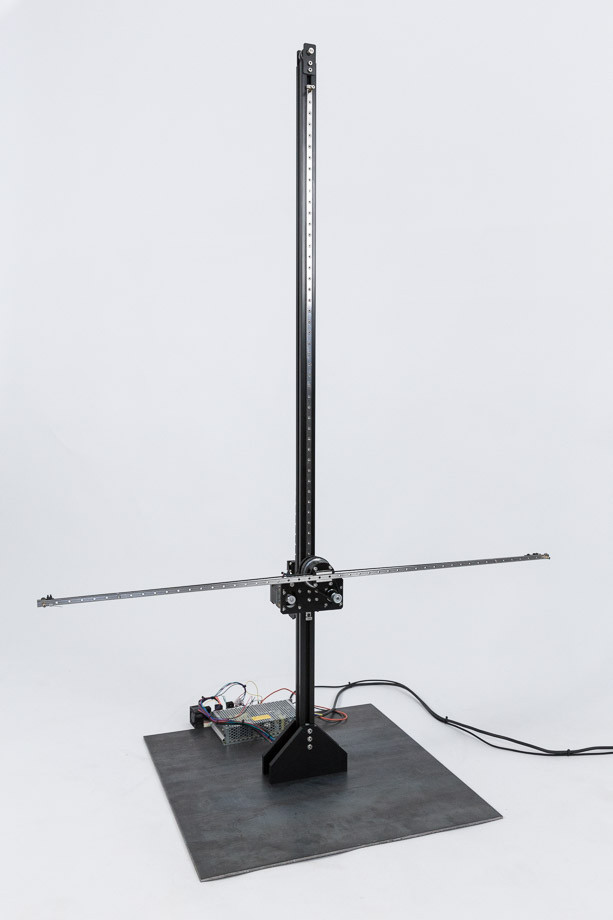 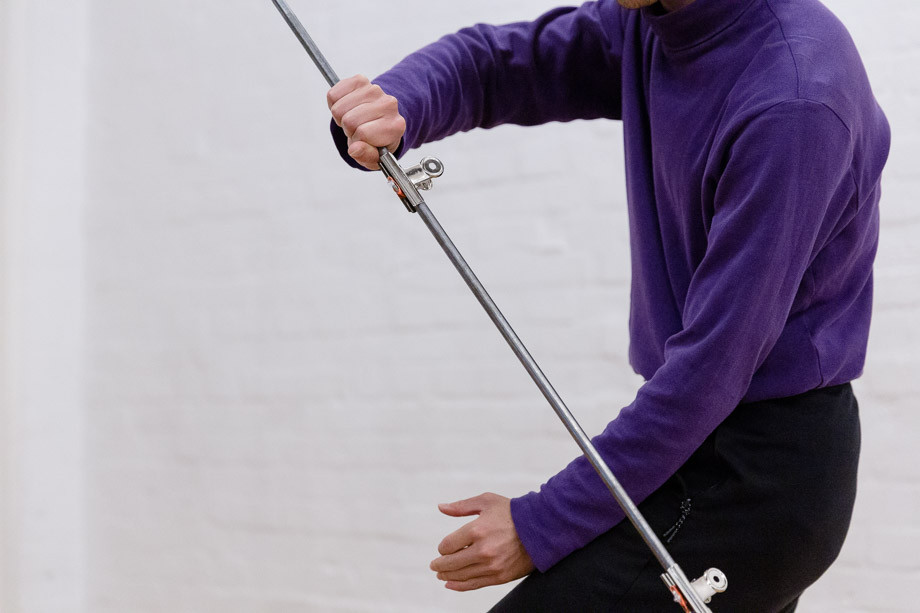 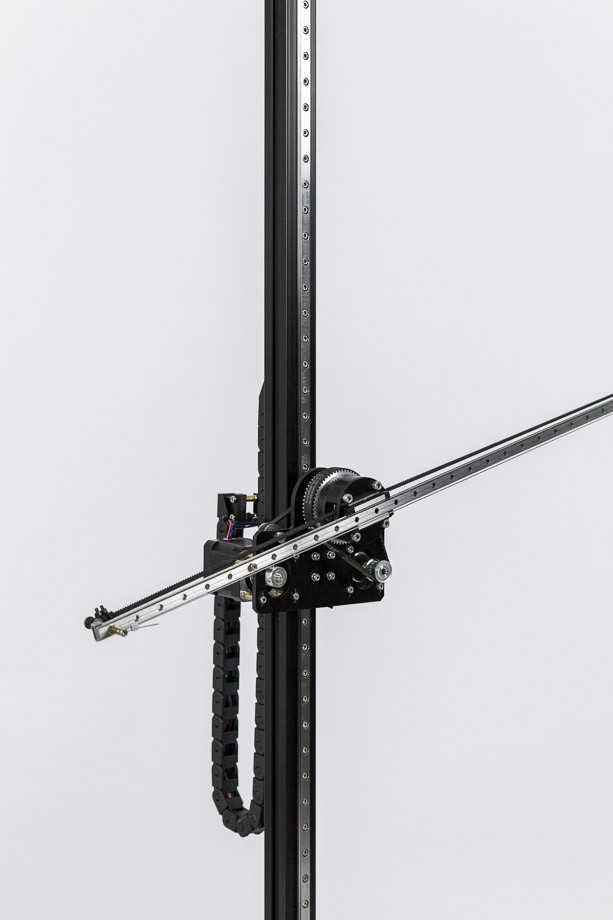 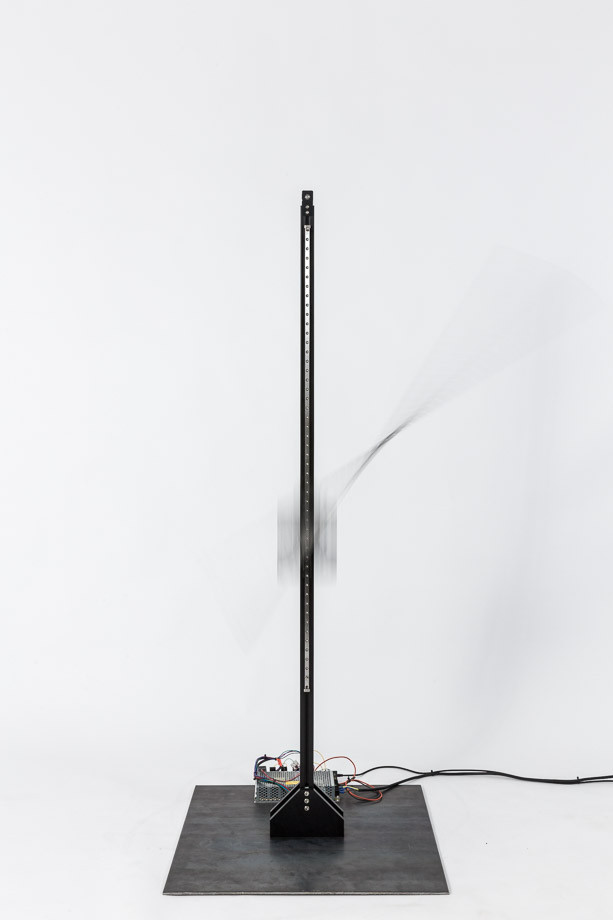 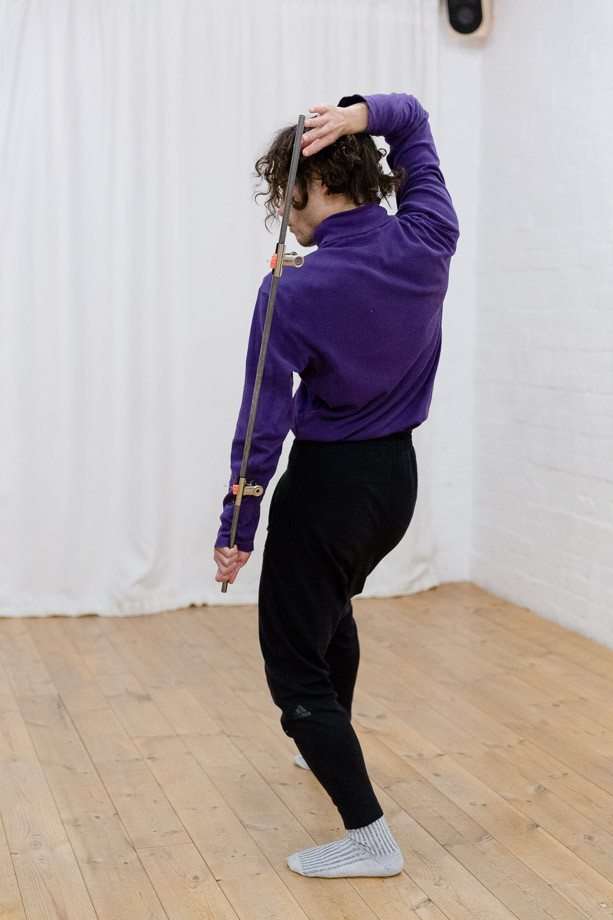