Audiovisual environment suite is a series of five interactive systems in which the user generates and manipulates audio visual output in a playful und direct way. There can be no right or wrong input, and the only limitations are those brought on by the interaction tool, the magnetic stylus, itself.

From digital to analogue
We startet with the Audiovisual Environment Suite (AES) by Golan Levin. Some of the key principles, such as the nature of the input, the real time output and the visual effects of AES are closely related to the analogue act of putting various drawing tools to paper. Therefore we set out to recreate one of the systems, Floccus, using analogue means, the focus being on finding a combination of materials which would accurately simulate both the fluidity of the movement and the user’s ability to continually manipulate the drawing. In a series of experiments using a magnet, we tested the behaviour of various types of magnetic string and observed their behaviour when suspended in liquids of varying viscosity.

From the line to the particle
None of our test materials displayed convincing similarities to the character of Floccus. The properties of the magnetic paint however displayed potential for an interesting user interaction and resulting visual output. We observed the behaviour of the iron(ii)oxide particles in solutions of varying properties. Particularly versatile result were generated in the interaction between the magnet and the iron(ii)oxide particles suspended in non-newtonian fluid.

Shaping the material
By varying the viscosity of the non-newtonian fluid, we were able to predict and therefore retain some control over the behaviour of the particles. Having identified a range of viscosities that yielded visually engaging results through interaction with our magnetic stylus, we built a setup in which users are able to observe the swarm-like, expressive patterns generated by their direct interaction with the surfaces.

Golan Levin’s investigation into the creation of systems whose interfaces are “instantly knowable, but also infinitely expressible” resulted in Audiovisual Environment suite. Our personal investigation deals with the creation of an analogue system that is governed by the same principles - To provide the user with a responsive and visually engaging output medium to inspire gesturally expressive input in a continuous feedback loop.

In collaboration with Martin Stelter. 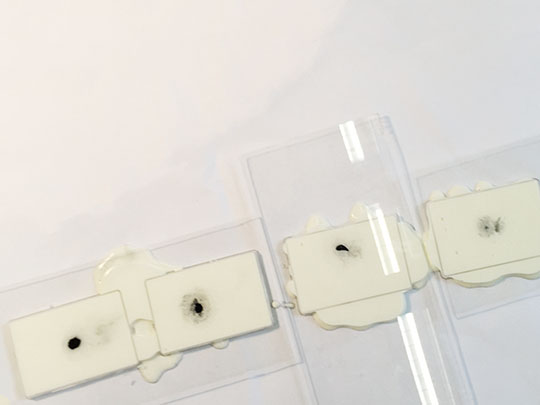 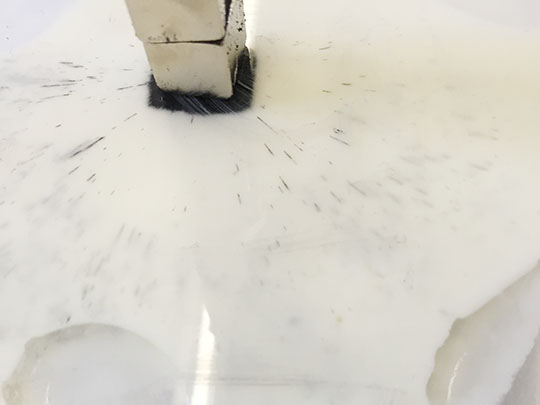 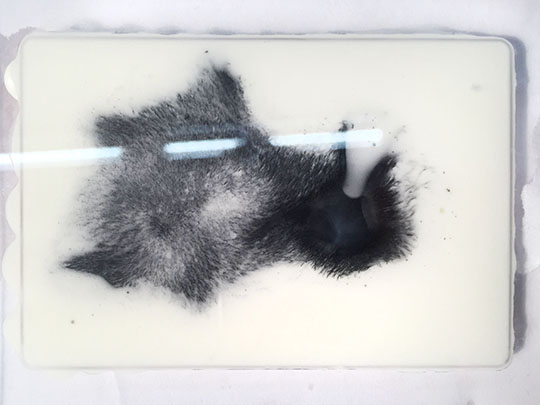 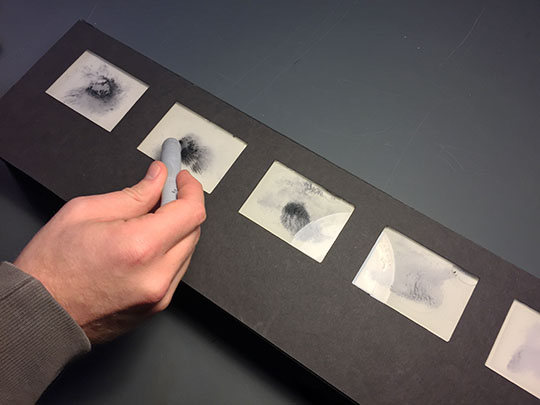 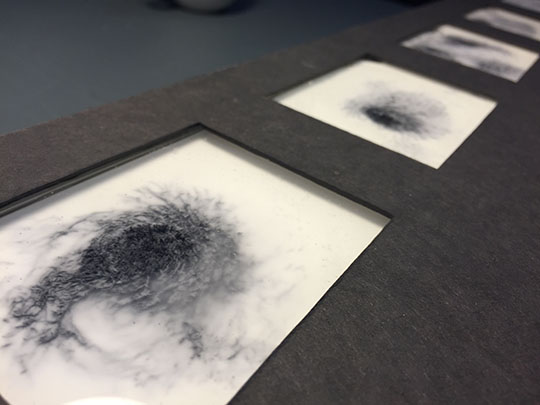