The natural ecosystem is a network of autonomous objects, each acting according to their survival instincts. In the technological ecosystem of the human world, there can be only one such agent; Humans surround themselves with objects of their creation, inscribed with anthropocentric values and the standards of society, therefore the human-object relationship is one of dominance.Object of Propagation is an autonomous object disguised as a technological tool to disperse itself into the human network. Upon being connected to a computer, the object immediately begins to communicate its object-oriented values to the unsuspecting user and thus creates a moment of interference. Once it has delivered its message, the object ejects itself and once again resembles a passive tool. 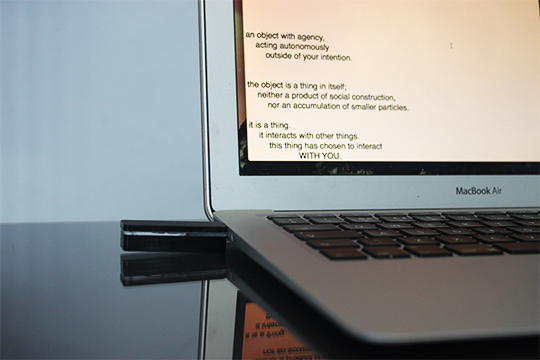 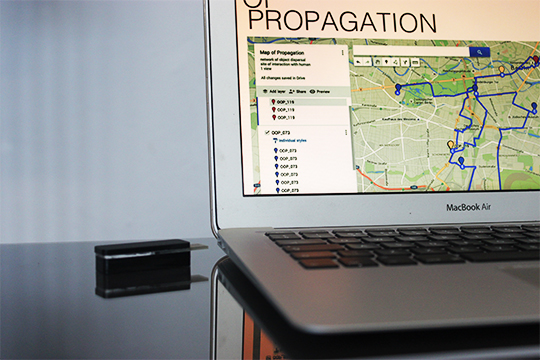