An installation to address the paradox of a brokenfigure-ground relationship.The Figure-Ground Phenomenon of Gestalt Psychology describes our instinctive dividing of a perceptual field into the background; and the objects that stand out against it. In sculpture, only the figure is moulded by the sculptor its ground is determined by the content of the surrounding visual field.My object of study, the hellenistic sculpture of Dionysus and Satyr, was purposefully created for its designated place in the Faustina Baths in the ancient city of Miletius. This forms a specific figure ground relationship in which the figure, being the sculpture, defines the ground and the ground, being the negative space in the room, defines the figure. They are logically equivalent; when one is true the other must also be true. The removal of Dionysus and Satyr from their intented site breaks this stable figure-ground relationship, leaving the sculpture without its intended surroundings and the interior of Faustina with an unaccounted for void.By suggesting the presence of Faustina Baths - the ground; the installation simulatneously denotes the absence of dionysus and satyr - the figure. In order to view the ground depiction, the viewer steps onto the plinth, to assume the perspective of Dionysus, thus becoming the indicative figure and completing the metaphoricalreunion. 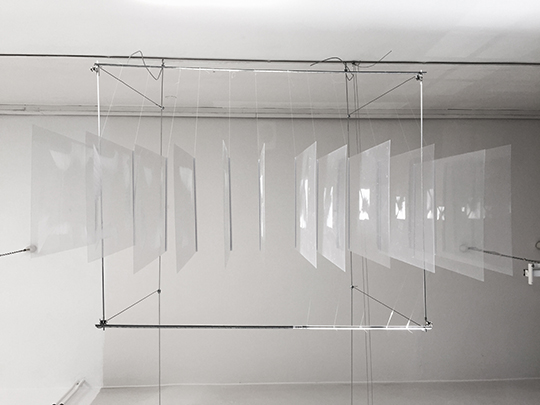 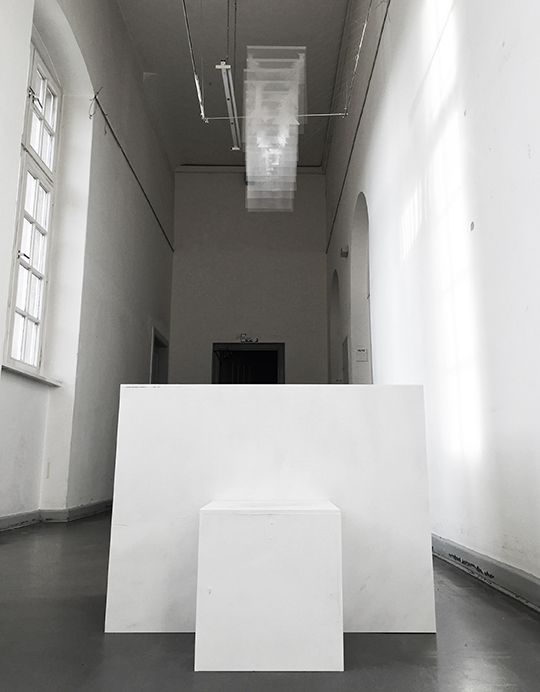