Daniel Dalfovo is a Berlin based creative.

In 2012 Cloud Computing was awarded with the Big Brother Award, a negative-award "honoring" privacy infringing technologies, companies or even whole countries. The award nurtured the surveillance and privacy issue around the new technology. Is our private data in the cloud not only saved but also safe? Or is the cloud with its clear borders rather a foggy sky with no limits? All cloud data, stored at American cloud providers, must by law be shown to authorities on demand at all time! Exhibition in the Cloud suddenly sounds different. With Data's Celebratory Takeoff people are invited to leave private messages in the exhibition. Visitors can pick up helium balloons with a little sheet attached to it, fill it with thoughts, drawings, comments or anything, and let it rise to the exhibition's ceiling, resulting in a floating cloud-like assembly of private messages covering the exhibition's roof. With the playfulness of balloons people are being made aware of the ease and sometimes naivety with which they give away their private data in the internet. Due to the balloon's permeable skin its helium is leaking out bit by bit so that after a while the balloon falls down on the ground and thus making it reachable to other visitors, a symbolic analogy to the Electronic Communication Privacy Law which is allowing the observation of cloud stored data older than 6 months. 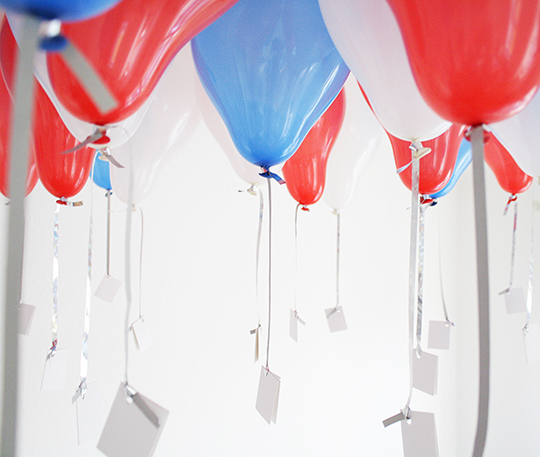 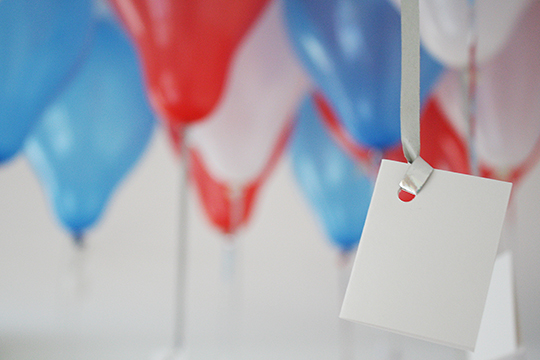 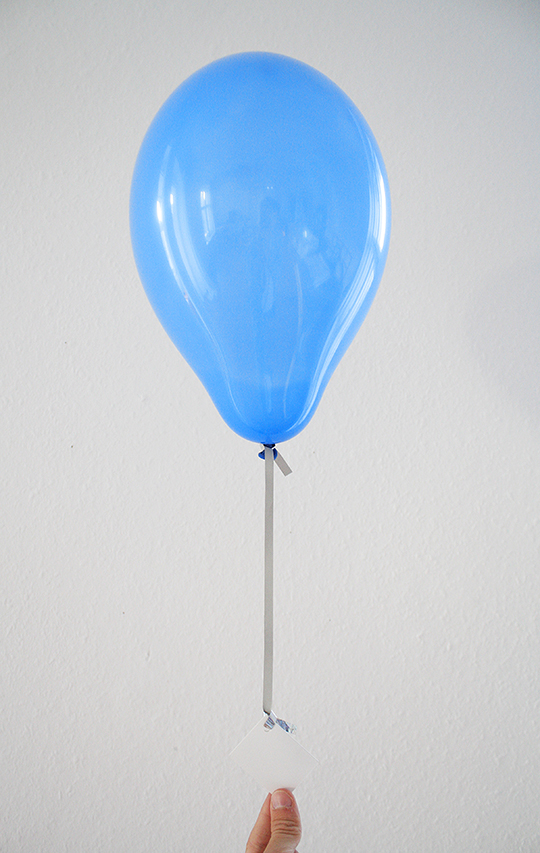 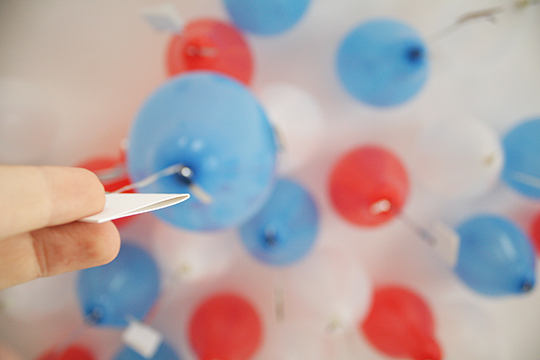 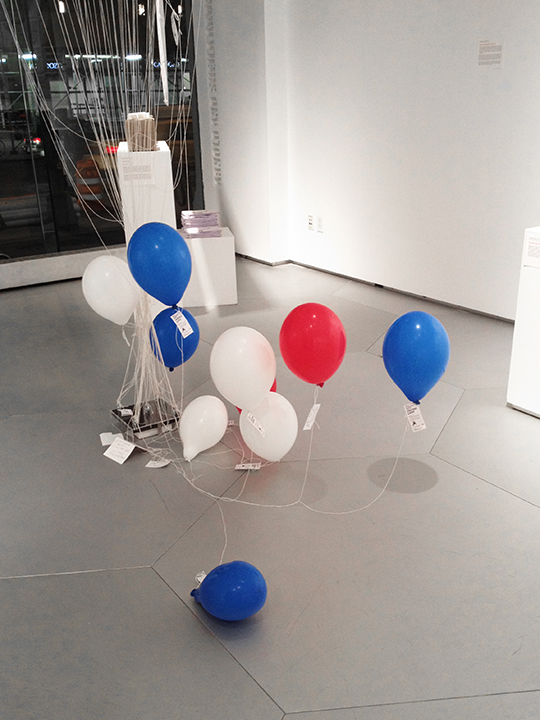 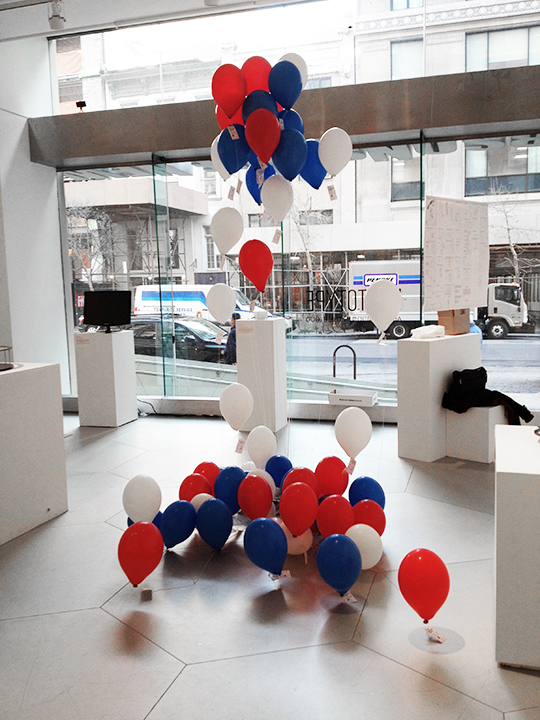 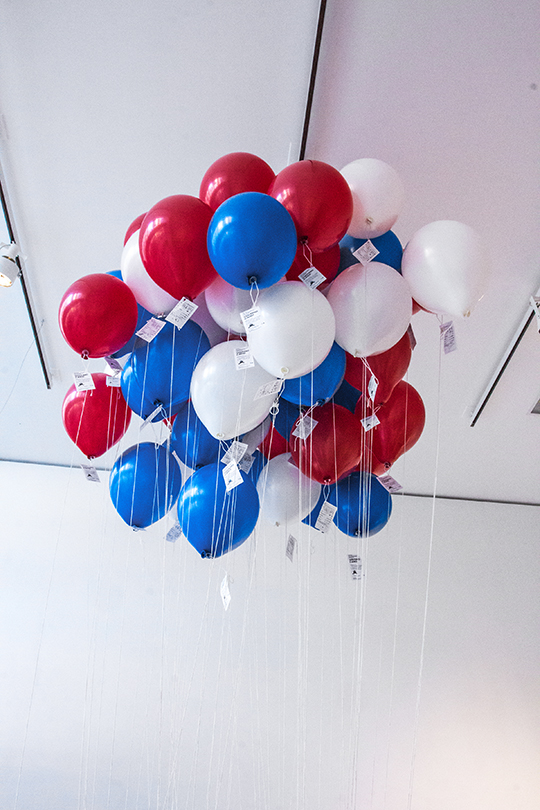 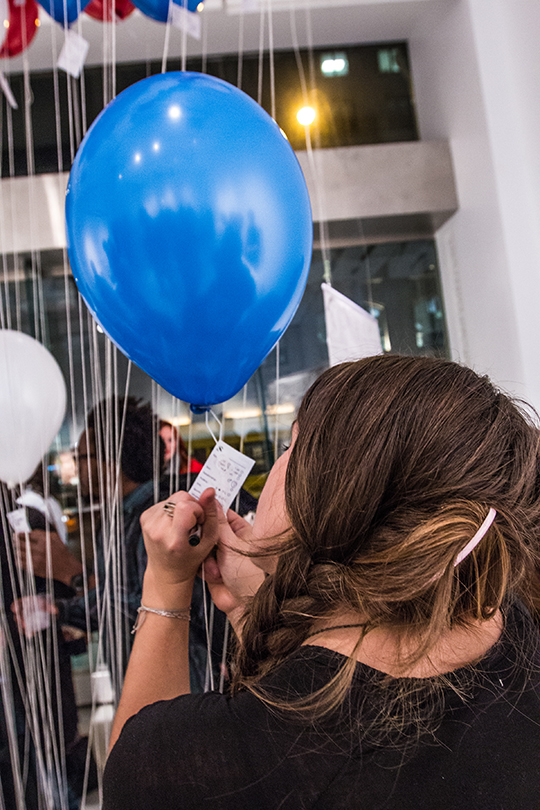 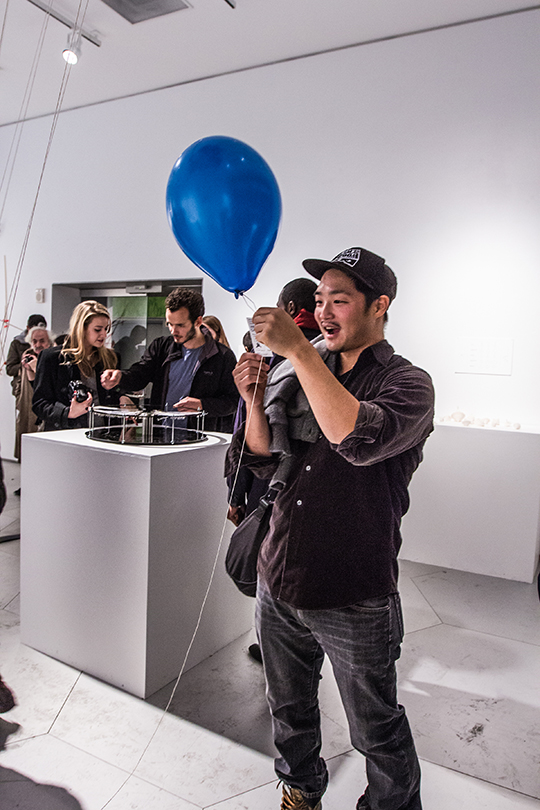 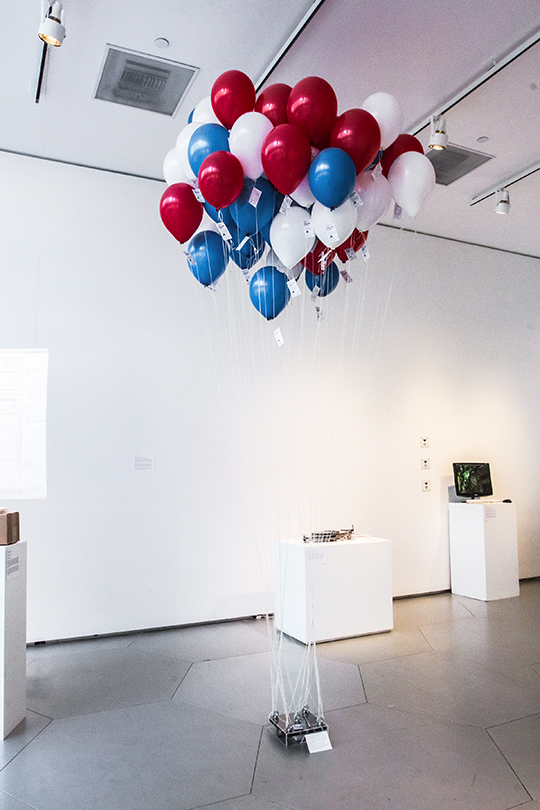 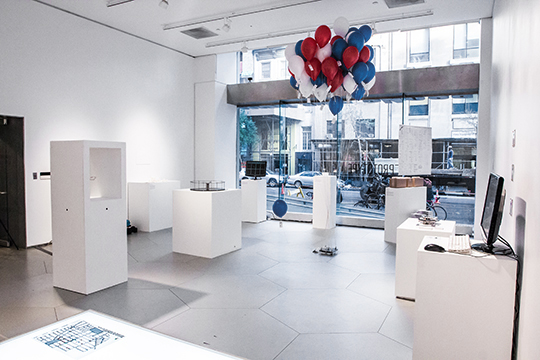