The Revenge of the Rose

According to the prediction from Media, AI will replaces many repetitive and standard jobs and it might related to the unemployment rate. Here come up with a question, will the development of AI enlarge the gap between rich and poor?

In economics, the Gini index is a measure of statistical dispersion intended to represent the income or wealth distribution of a nation's residents, and is the most commonly used method of inequality,the maximum Gini index is "1" and the minimum is "0". Usually, the UNDP uses 0.4 as the "warning line”.When the "warning line" is exceeded, the polarisation between the rich and the poor can easily lead to social class opposition and social chaos. According to the report by China Southwestern University of Finance and Economics and the Social Survey Center of Beijing University, believing in 2012 the Gini index has already reached 0.73(the data which government announced was o.469).

During these process, city as a changeable body, the buildings, streets, and the greening are the elements which are shaping it. Urban texture is a combination of material arrangement, it’s like DNA code shows how urban developed and might somehow reflects the economic status.

In this project Gentrified Pixel, I collected per capita GDP of 16 districts in Shanghai (上海) and Beijing (北京) ,and satellite images from those areas, took them as a database. After neural network training, I got the architectural texture of each area, which represents the value of the district. The outcome of those images can be regarded as a mirror that interpreted not only GDP values but also the imagination of future city. 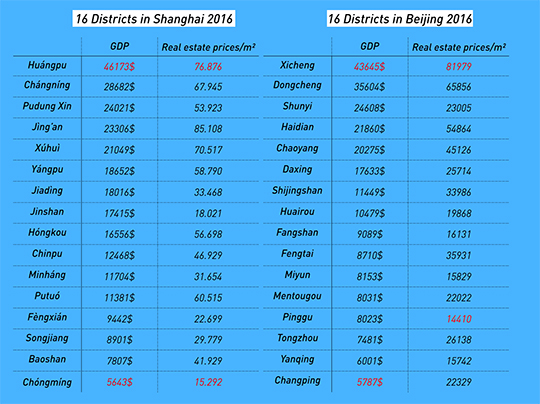 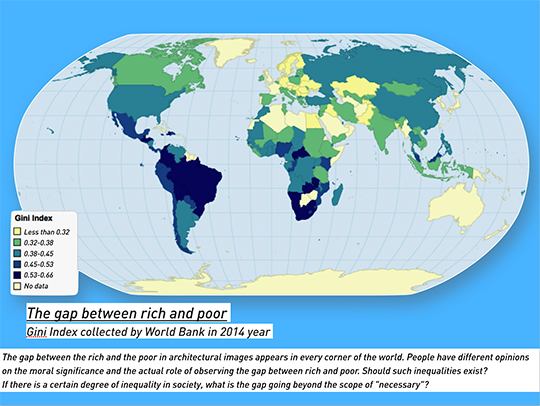 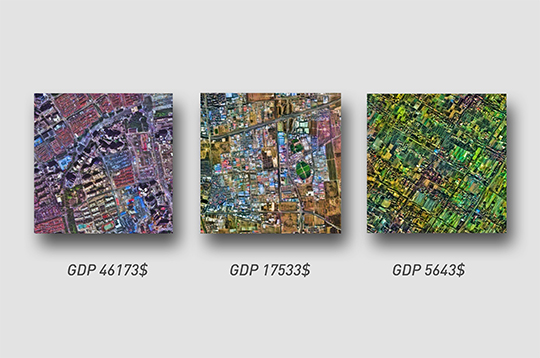