Neuronium is a light sculpture that represents a training artificial neural network in its simplest architecture.
It consists of two inputs, one hidden layer with three nodes and one output. The represented network learns to solve the “Exclusive Or” problem. The Light intensity shows the calculated strength of the artificial neurons and synapses at every point of time during the training. Neuronium is planned as a sculpture in human scale.
Referencing the Atomium (1958) the embodied abstract concept of an artificial neural network is placed in eyes height to symbolise the severity of Machine Learning on our future lifes and to promote a peaceful use of the technology. During the semester the prototype of the neuronium was developed. 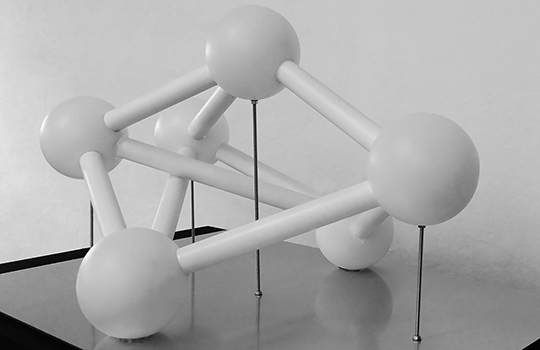 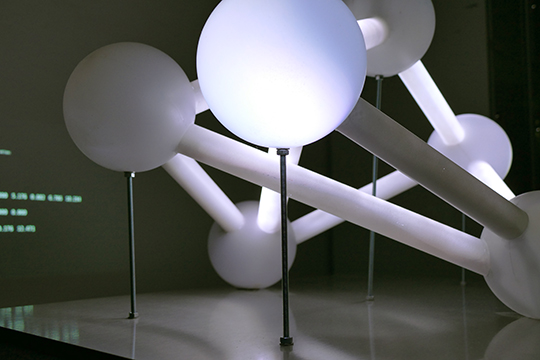 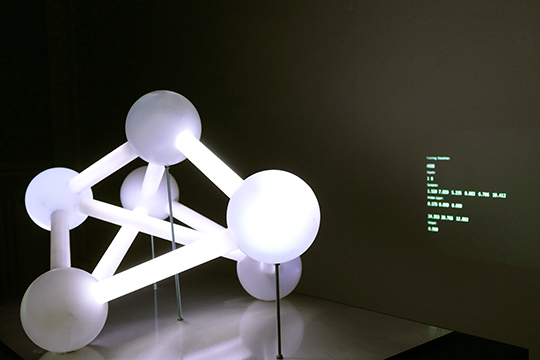 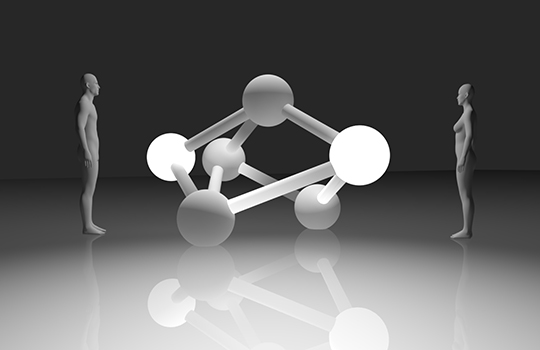