The phenomenon of reflections was used by Plato to visualise one of the steps on the path to understand reality. His Analogy of the Divided Line shows reflections and shadows as the lowest level of knowledge. In this level of the divided line, called Eikasía, it is not possible for one to perceive if something is real or if it is just the reflection or the shadow of real objects.

The installation consists of a black cube with a basin of water inside. On the sides of the cube there are two motors with paddles facing each other. A light projector throws a line of light inside the water basin, which is reflected from the water and thrown onto the wall behind the cube. The water surface can be moved by alternating paddle strokes, each triggered by specific twitter live tweets: If someone questions reality in the social network through a text tweet, a paddle hits the surface of the water. Due to the wave motion, the line reflection on the wall changes its state to a pulsating band. This tweet text is simultaneously visualised. The way in which the reflection on the wall differs from what we would expect, makes us question if that is still only a reflection or a real independent object. It represents the state of Eikasía: when one cannot be sure of what is real.

The work explores a way of today’s human perception of information on the internet, which is often coined by a perpetual doubt of neutrality and authenticity of information. The work processes these perceptions and assumes the role of a neutral, non-judgmental listener and indicator of human doubt and reaction to information. The installation sets our today's issue of integrity of information into the context of the philosophic question of all time: Is This Real? 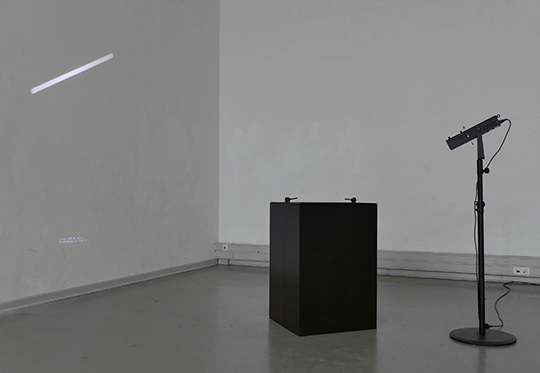 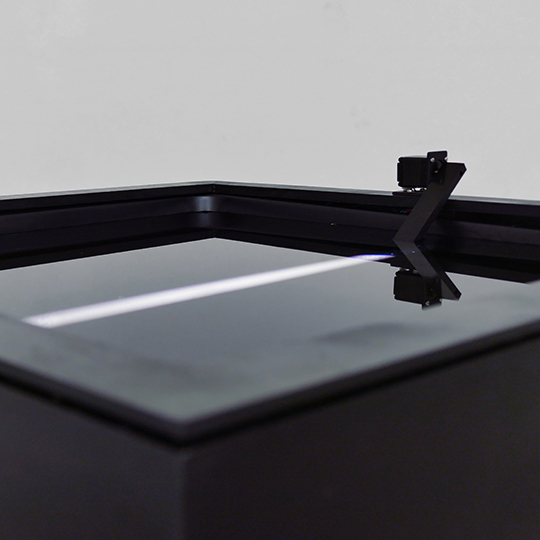 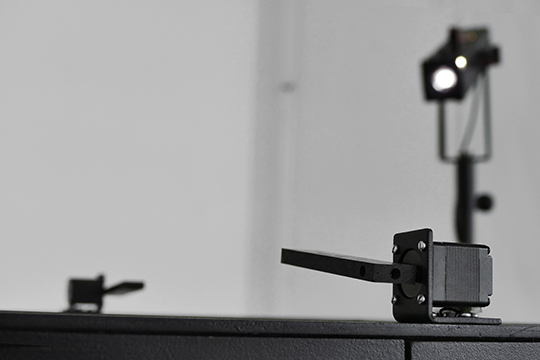 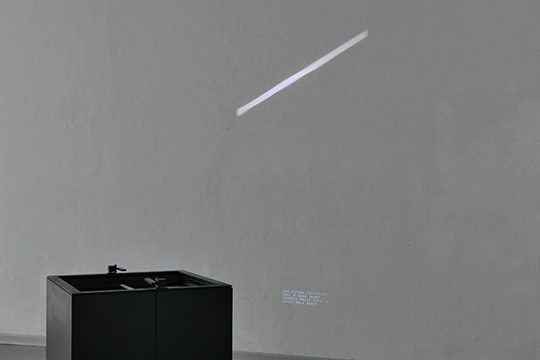 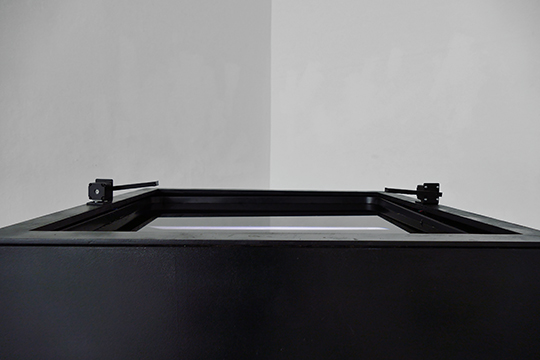