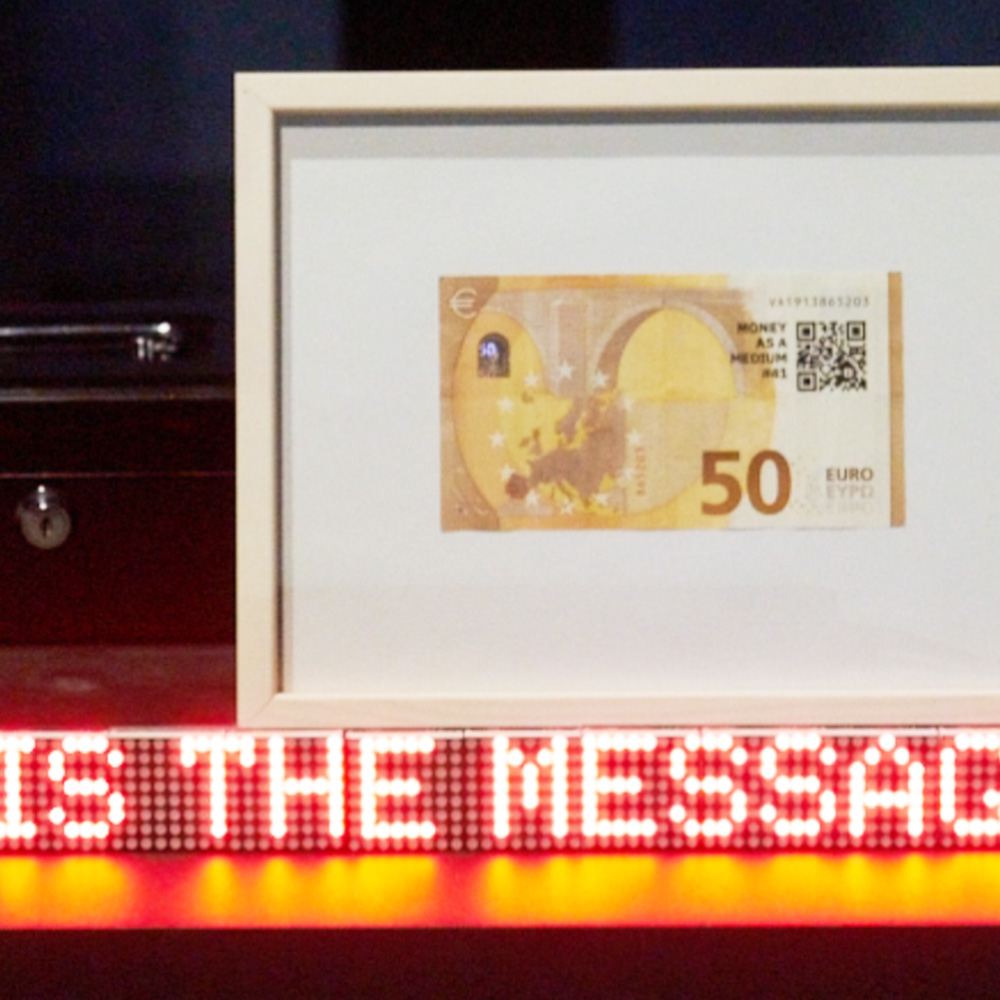 Money As A Medium

Expressing objects is a device which has the goal to be attached to any object to create an additional communication layer between artifact and recipient based on haptic interactions. It explores the relationship between those through interaction and questing each other roles.

The antennas work as a sensor as well as an actuator and are attached in a non-destructive way to the given object. The digital device creates a haptic layer for interacting with an analog object in the physical world to examine the object. Therefore the digital technology works as a bridge to create this communication but is not the focus of interaction.
The project aims to create awareness for acting consciously with everyday objects without replacing them by alleged smart objects which have some kind of technology build inside.

The relation is explored based on the principle of the "intra-action" in the field of new materialism by Karen Barad. By adding a new possibility of interaction between object and human the intra-action which gives the roles to object and human will change. Therefore the given roles have to change as well and the relation between a human and an object will be redefined.

All of these functions are derived on the principle of human interaction and abstracted into the device which will be attached to the given object.
To interact with anything the device has to contain all of those. The core of this is the self-perception which provides the status quo of the attached object. The device measures the shape of the object with an ongoing pulsation - a projected heartbeat.

To identify interactions via ambient awareness the device subtracts the current measurement with the previously recorded status quo. A rough position of touch through a human hand can be calculated through interpolations of the antenna data.

Every antenna can send vibrations as well as sending them. Therefore a haptic pulse apart from the ongoing pulsation can be created and acting as a reaction for the user.

Expressing objects lives through the interacting moment with the user who exploring an already known everyday object some kind of new. To create this space for the experience passive objects are attached with the antennas. Users can explore those objects and interaction with them. The device records all of the rough touched positions of the users and will react with a pulse when the user will touch a position someone experiences this position with a touch before. 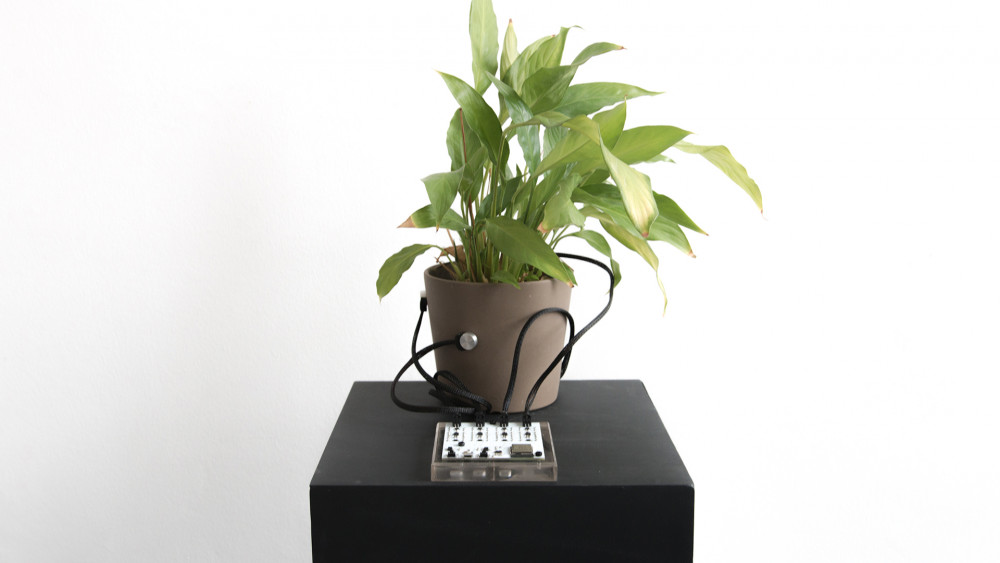 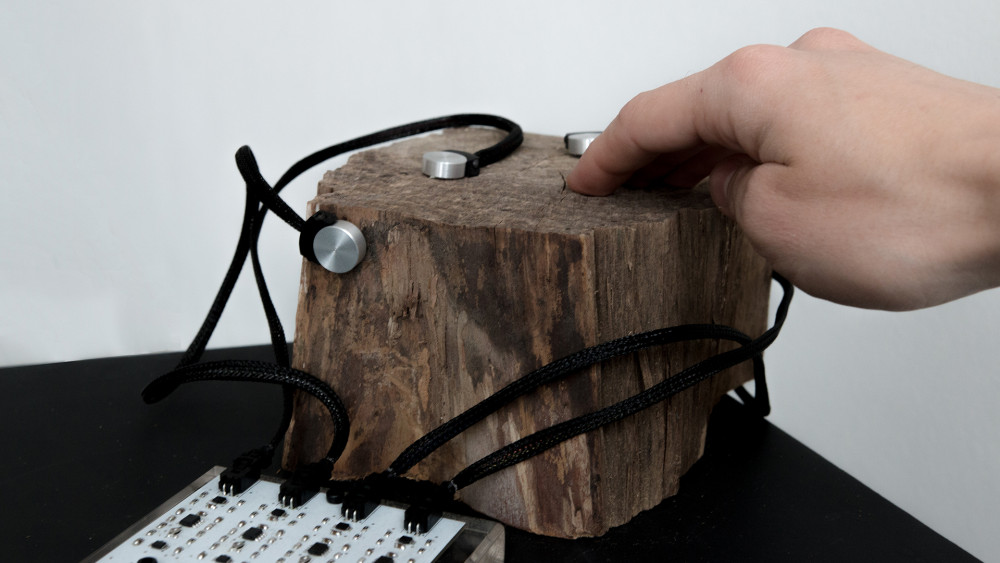 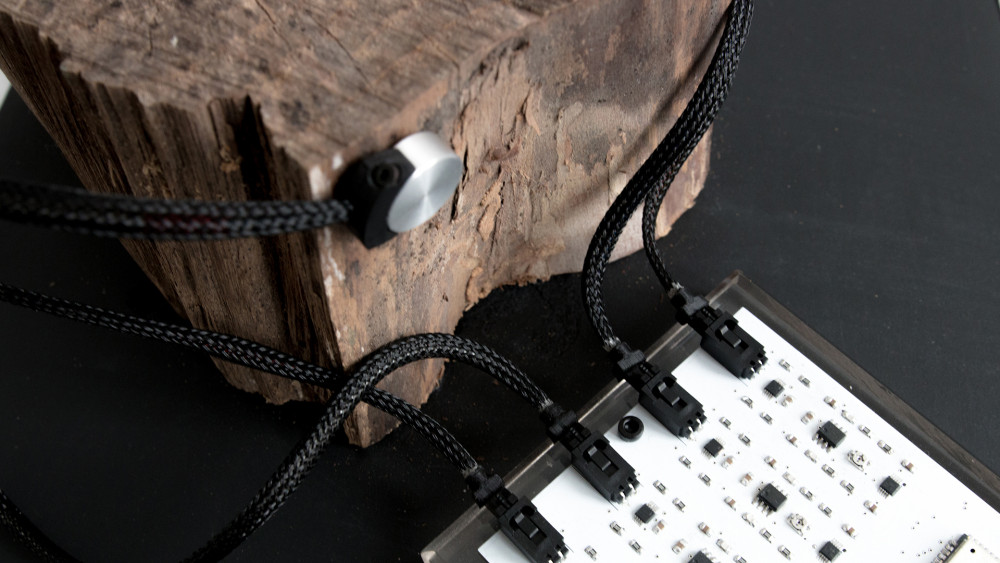 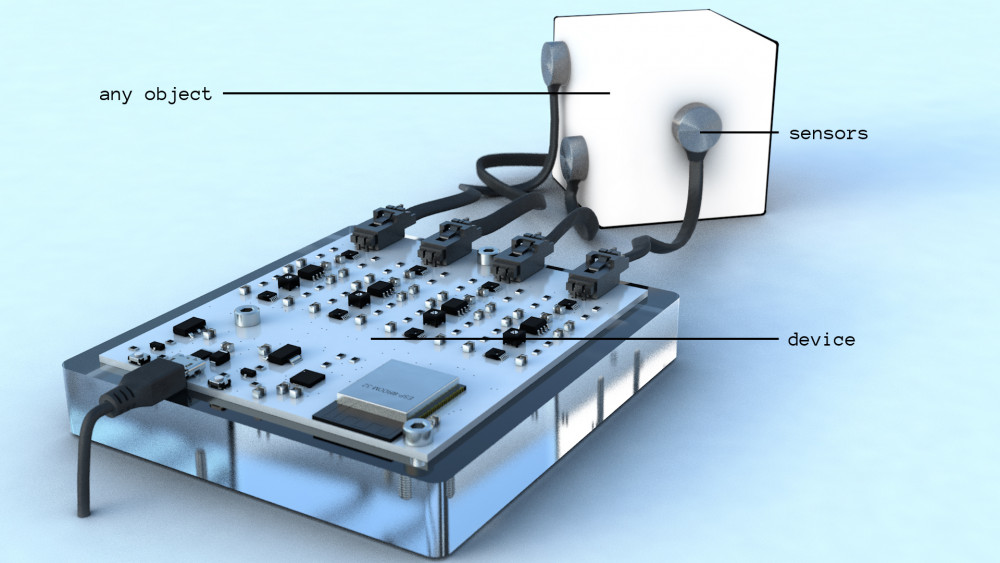