A system which re-opens the lost channels of communication between mankind and nature, in an attempt to deconstruct the traditional, anthropocentric characteristics of biotechnology. A smartphone is inserted into the system, symbolising a sacrificial act made by man, from which a non-human entity, in this case a culture of micro-algae, also contained within the system, are able to benefit. The display initially shows the current default setting of “The Human World”. Incoming communication, the content of which the human user has given up access to, provides light for the photosynthetic micro-algae and thus ensures their survival. Through this symbolic reversal in the traditional subject/object relationship of mankind and nature, the notion of “The more-than-Human-World” in which human culture is regarded as a mere sub-set of the animate world, emerges. 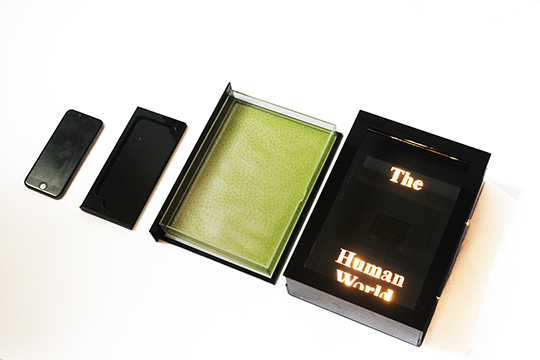