“The Touch Technology” — From the Screen to the Skin propose a different conception of the role that ‘touch’ interfaces play in our daily life.

The situation was taking a selfie (a photograph that one has taken of oneself, typically taken with a smartphone) or more precisely a ‘usie’ (taking a selfie with more people), which is quite popular right now. People get very tight to fit the screen and then struggle to obturate the picture by touching the smartphone’s screen.

This interface shows a pixeled screen which gets sharper every time people touch themselves. So the picture would be taken until people are so close and tight enough to fit in the screen.

The project uses Skintimacy which is a research project carried out by the Design Research Lab Berlin, University of the Arts Berlin, headed by design researcher Alexander Müller-Rakow. 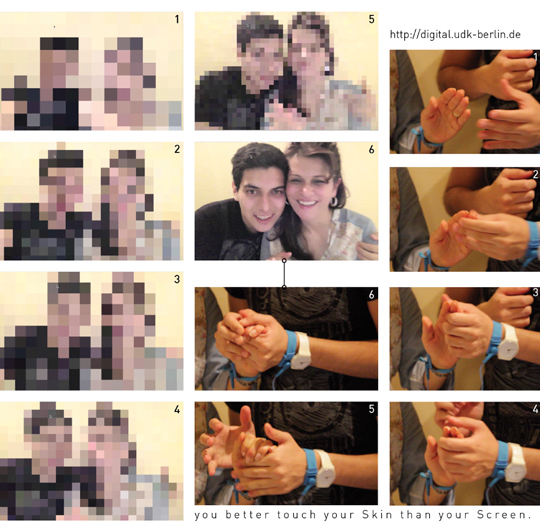 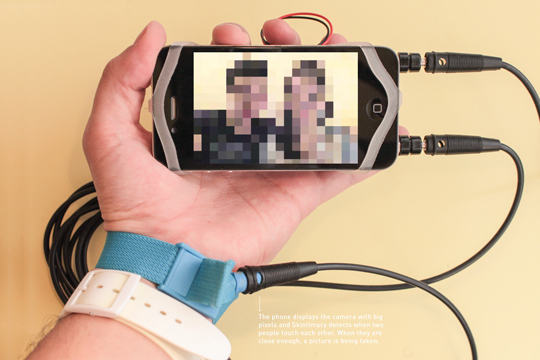 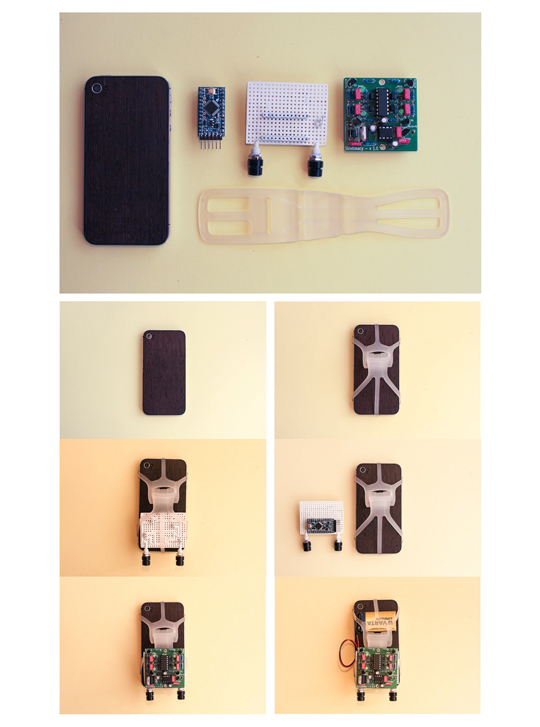 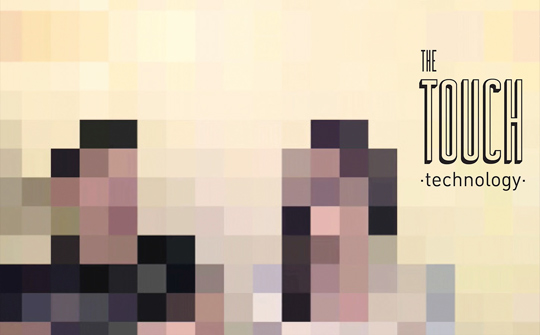