Already the first paintings of the Jesus' crucifixion led to the question of showing Jesus with eyes open or closed, as the story is about the transition from life to death. With the qualities of painting as medium, it was not possible to communicate time-based, and therefore in the beginning artists decided (in contrast to posterior paintings) to show Jesus with eyes open. Today we often use a very reduced symbol of the cross to remind of the miracle of resurrection. The stories behind the cross however, tend to be forgotten, as they can not be read from the symbol and were traditionally communicated by the Bible, which often reads quite strange for today's young people. Thereby the interesting details, the tension and particularly the delightful, historical and mysterious secrets get lost. Crucifixion uses the possibilities of the modern time-based media, to tell this important story in a contemporary way. The in the Gospels described events were turned into shadows and are projected on a physical cross, sitting on an altar. The cross remains a untouched, static, ritual object, while its shadow is extended medial by the content. 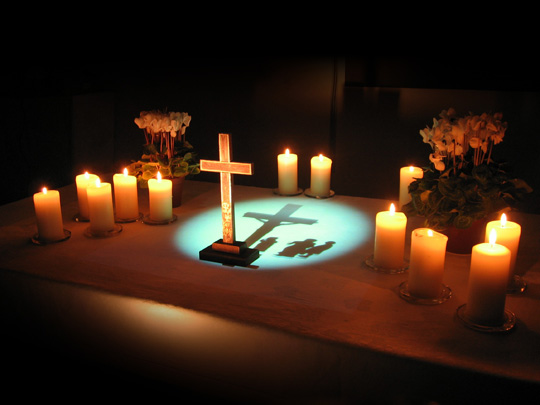 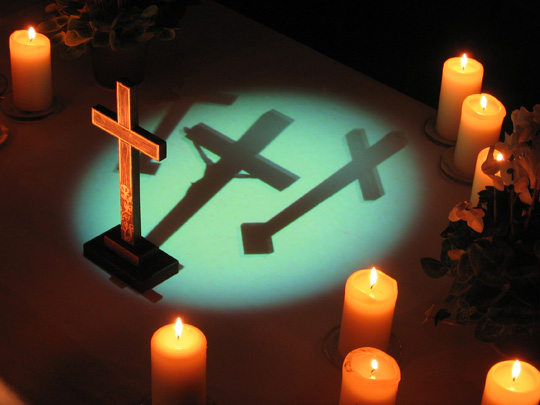 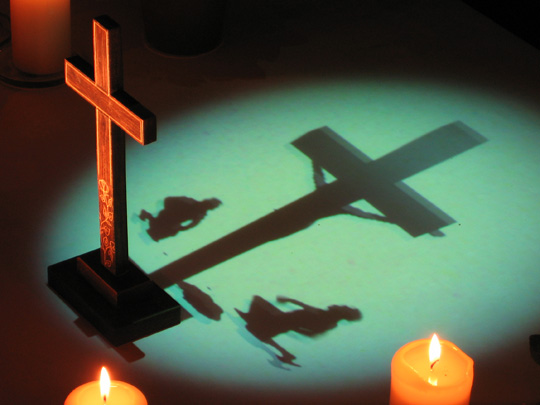 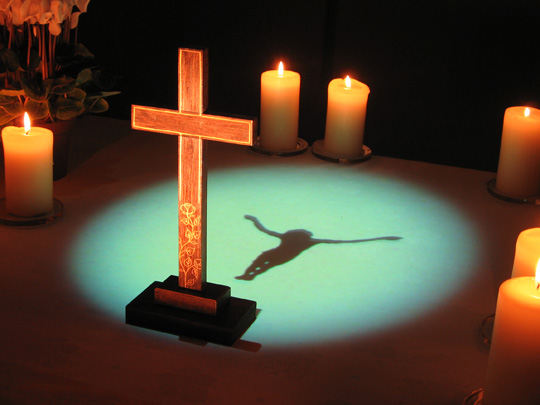 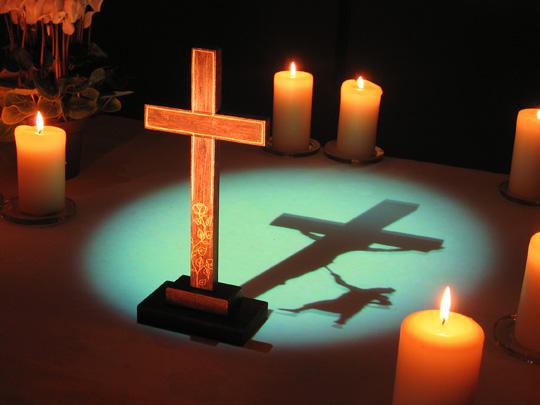 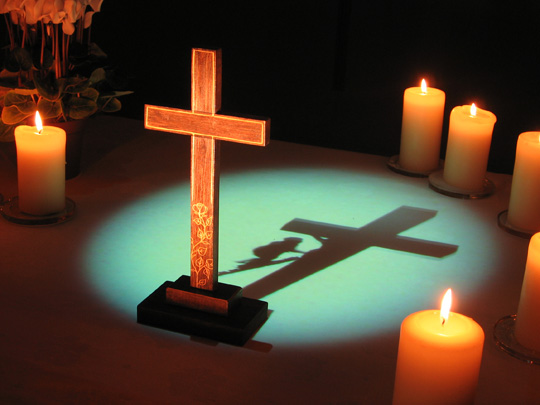