The CharmingBurka deals with Freud's idea that all clothes can be positioned between appeal and shame. The Burka was chosen, because it is often perceived in the west as a symbol of repression. A digital layer was added so that women can decide for themselves where they want to position themselves virtually. The Burka sends an image, chosen by the wearer, via Bluetooth technology. Every person next to her can receive her picture via mobile phone and see the women's self-determined identity. In the artists interpretation the virtual appeals can not be gathered by the laws of the Koran and so the Charming Burka fulfills the desire of living a more western life, which some Muslim women have today. Therefore the Burka is equipped with bluetooth antenna/micro-controller and uses the OBEX protocol, already working with most mobile phones. The wearer may turn the system on whenever she wants to send the image.

Context Although the CharmingBurka is positioned in the context of religion, this project should be seen as a research towards the future possibilities of everyday clothing to own a digital layer and transmit additional information about its wearer. It questions which information people would choose to send. For example this might also be an image of their Second Life avatar. 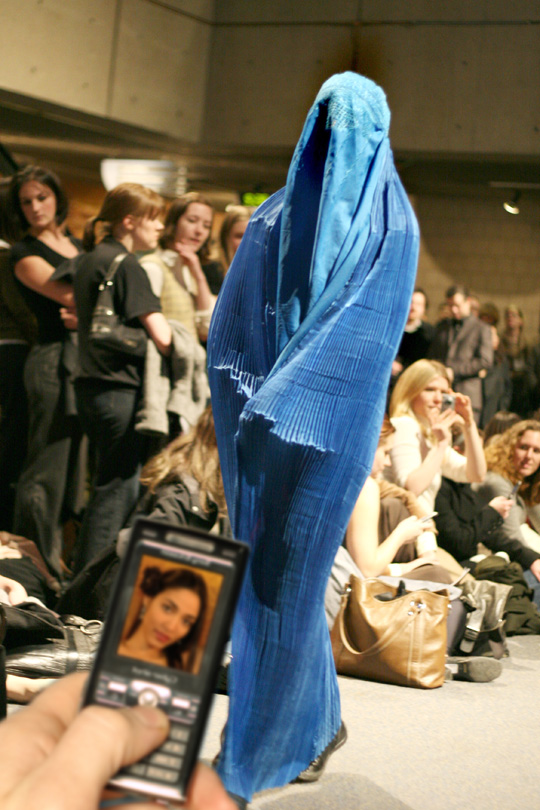 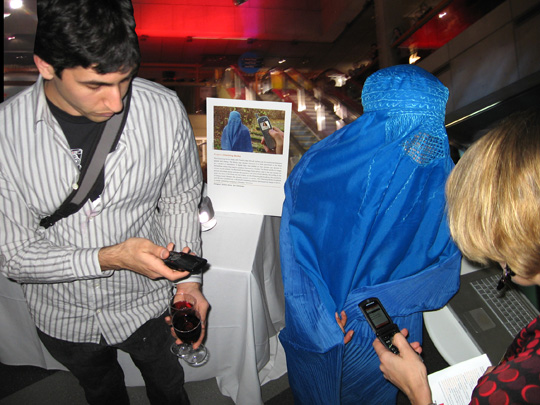