he / him
apparatus and its moving images

road as a timeline

“ Our taverns and our metropolitan streets, our offices and furnished rooms, our railroad stations and our factories appeared to have us locked up hopelessly. Then came the film and burst this prison-world asunder by the dynamite of the tenth of a second, … ”
Walter Benjamin, "The Work of Art in the Age of Mechanical Reproduction" (1935)

But how do you define time through moving images? With the invention of the film, Benjamin pointed out that we as a mass could perceive the humane unconsciousness, such as mental delusions or personal dreams.

Our world is divided through the format of pixels and frame rates. Let’s take a look at YouTube. You can choose 144p to 1080p, sometimes 2160p as 4K, with 30 or 60 fps. However, if we see the first video uploaded on YouTube, we may notice it’s only selectable till 240p with the aspect of 4:3. After 13 years from that first video, we can see this oddly 60fps satisfying video with enormous comments saying ‘soo satisfying’.

Imagine time as a long bread. At first, slice the bread in 16:9 aspect. You can cut the depth as a frame rate and the width and height as a resolution. After 10 years, it might be decayed and got a certain nostalgic smell. That long bread can be substituted by YouTube. From a 15-years-ago zoo video to the latest gameplay 2160p/60fps video, these videos are piled up horizontally and you can taste it. Let’s appreciate all the pieces of bread and bon appétit with your style. 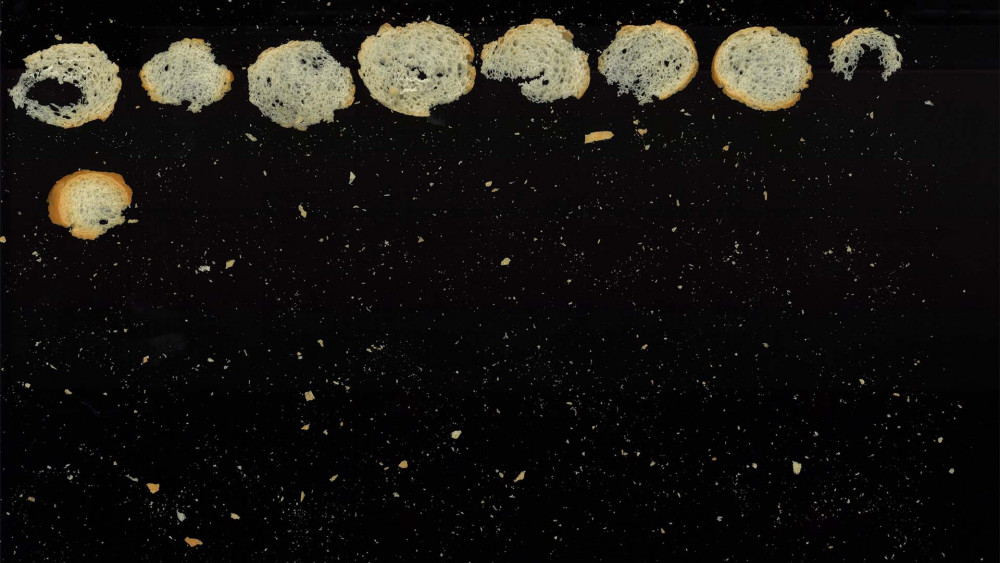