In the intent to define the minute thing in contrast to the immensely large, notions like distance and weight blur their edges to expand or contract their meanings. This process concentrated on the affective reflection of these changes, a series of constant modifications that we have been living in relation to the space between the bodies. Through this process around the elasticity of space and proportion, questions arose about time, cycles and the way in which their understanding is limited to their amount of mass. In the search for weightlessness, the appearance of light emerged. The massless particles (photons) that make up a flash of light are released in response to the timing of a clock that works in relation to the distance between its axes. The dispersion of the photons in the darkness and the words that accompany this process, compose a poetic event where the immensity of the sun is dosed as it does the interaction of days and nights. 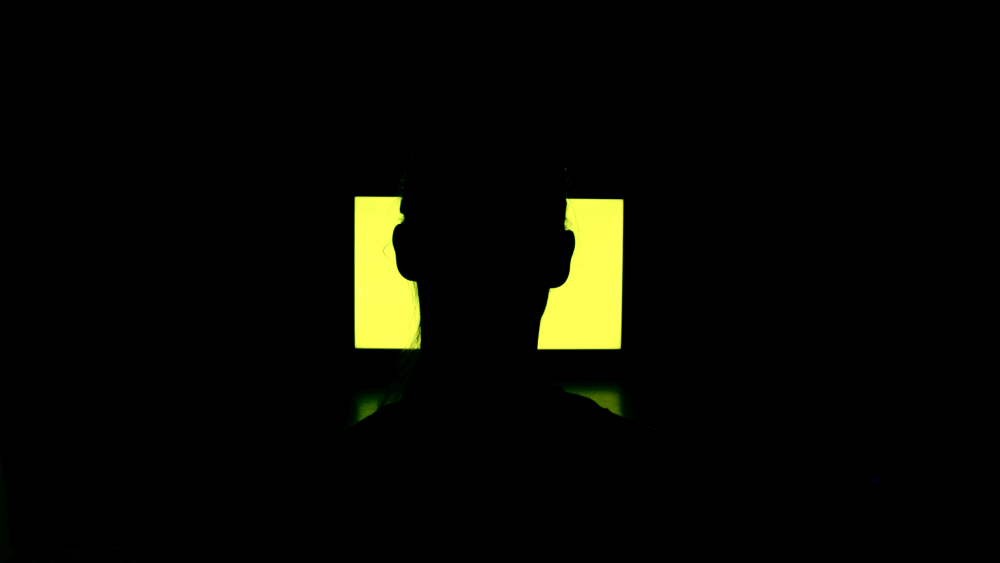 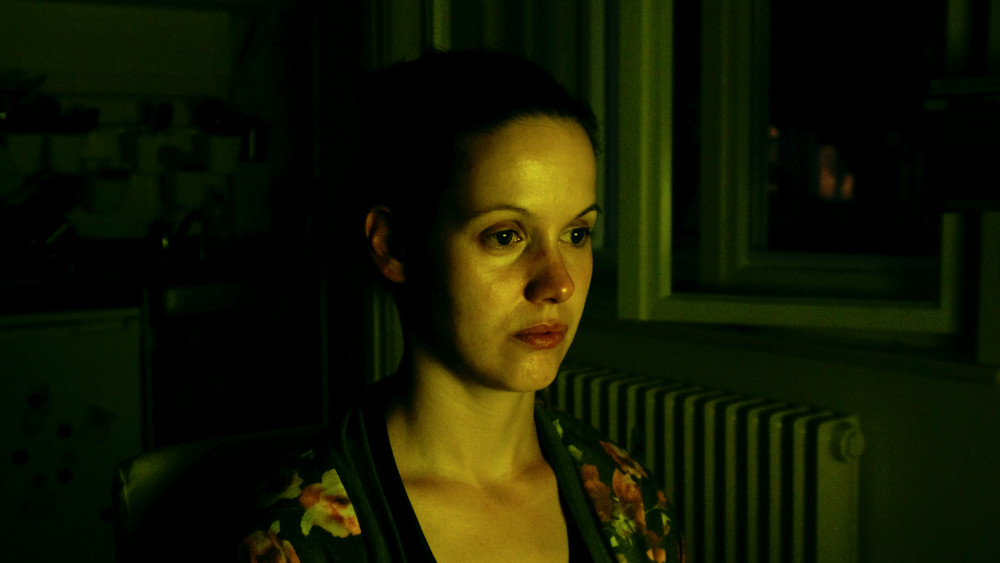 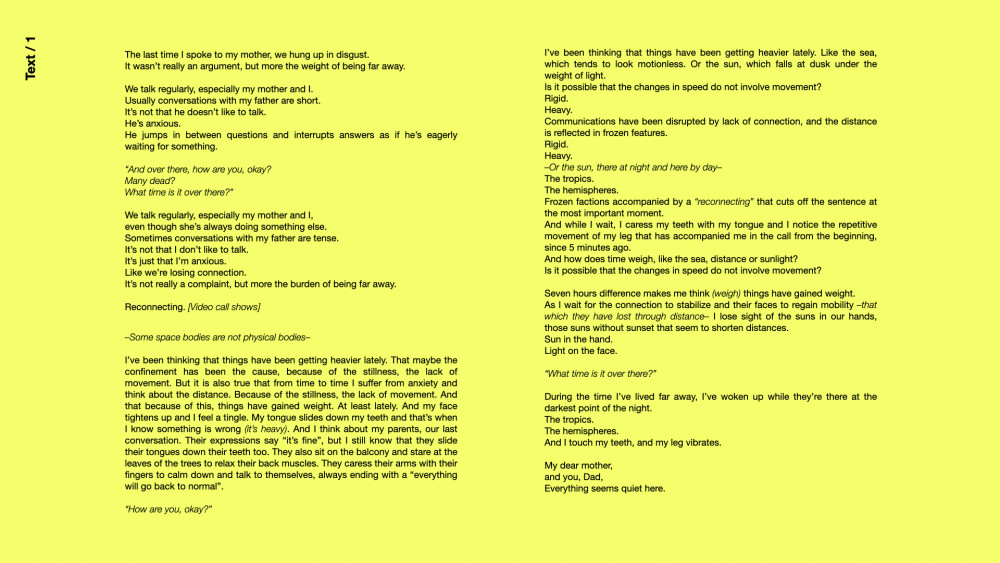 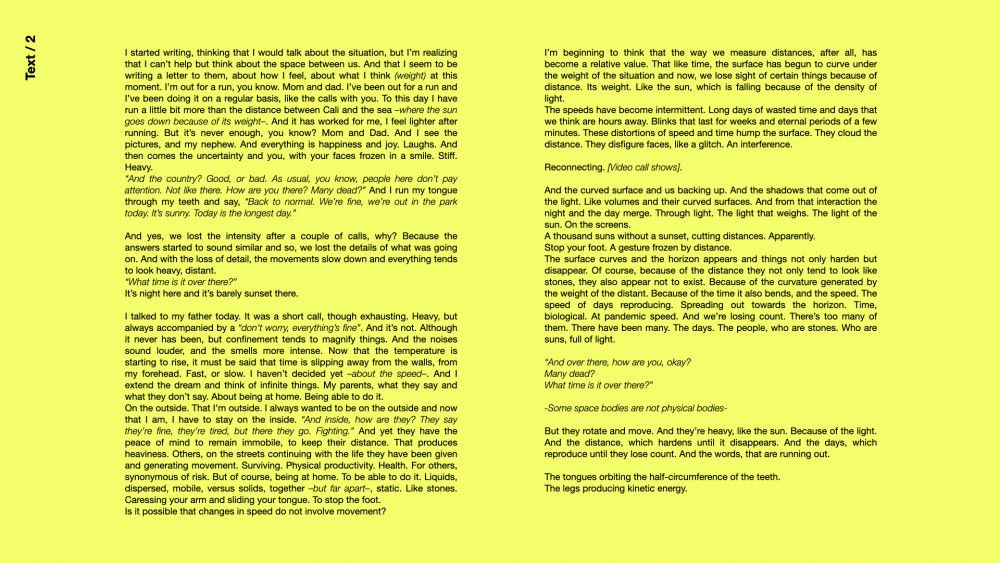 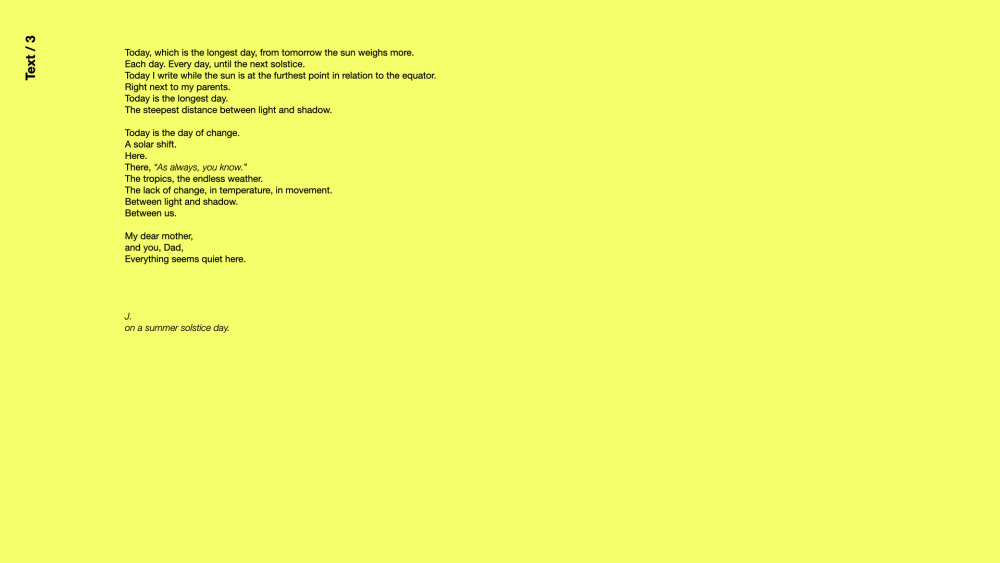