Although satellite images represent the physical world from a macroscopic point of view, sometimes they have a very close resemblance to tiny digital elements, like pixels or glitches.

Those pixels in the picture usually show up after a flood: after flooding some crop fields have been inundated, but others have not and these end up seeming like chunks of pixels. This is similar to how things happen in the digital world: when we load too much data at the same time, glitches or chunks of pixels may appear.

I’m interested in this interpenetration between the digital and the physical realm, and so I wanted to create a digital phenomenon in the physical world. In this case, in order to make the pixels that are at a micro scale comparable to the whole of a landscape, I enlarged them and attempted to make them tangible. 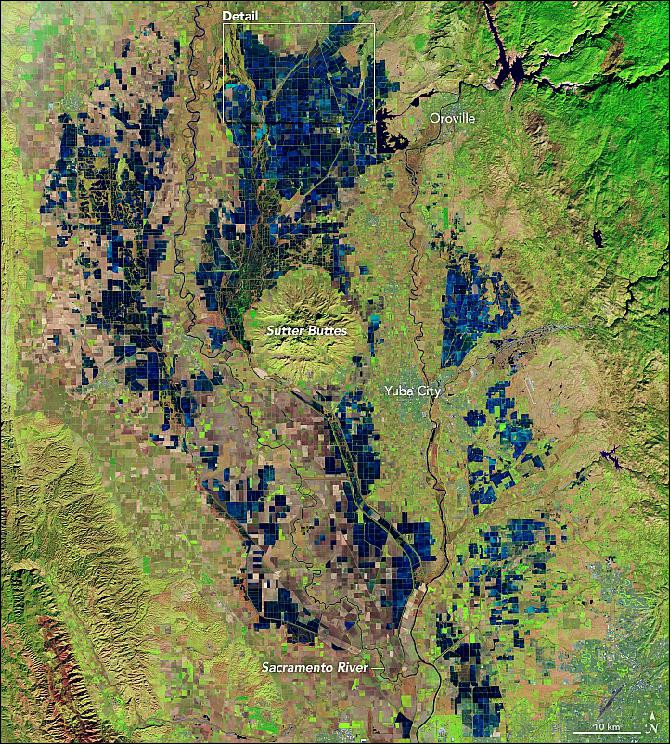 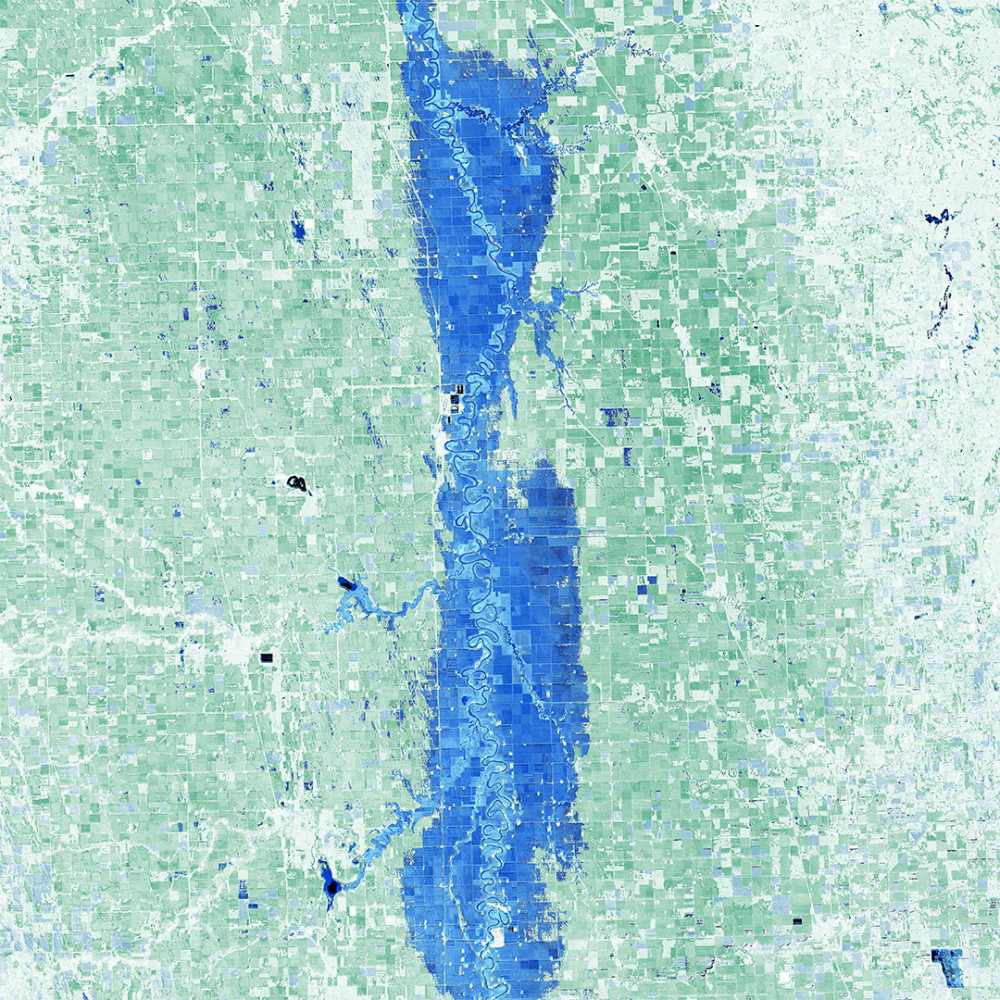 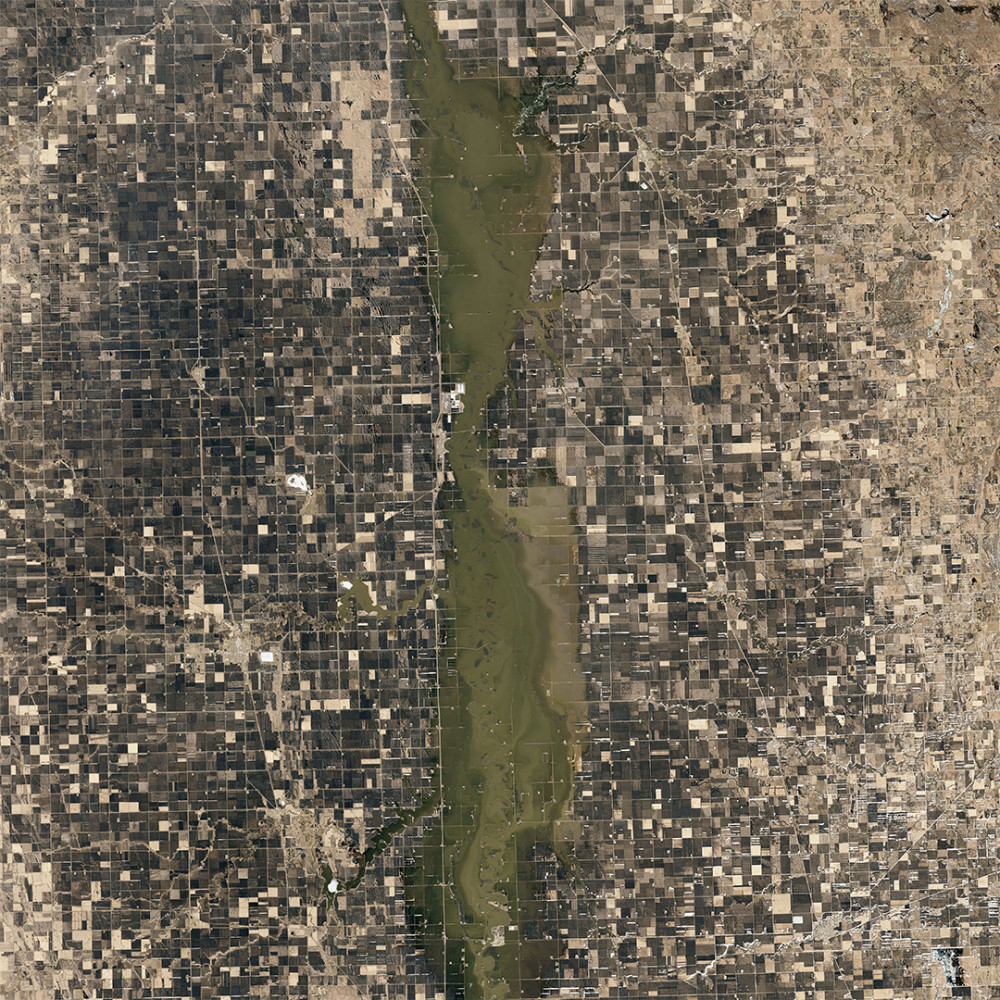 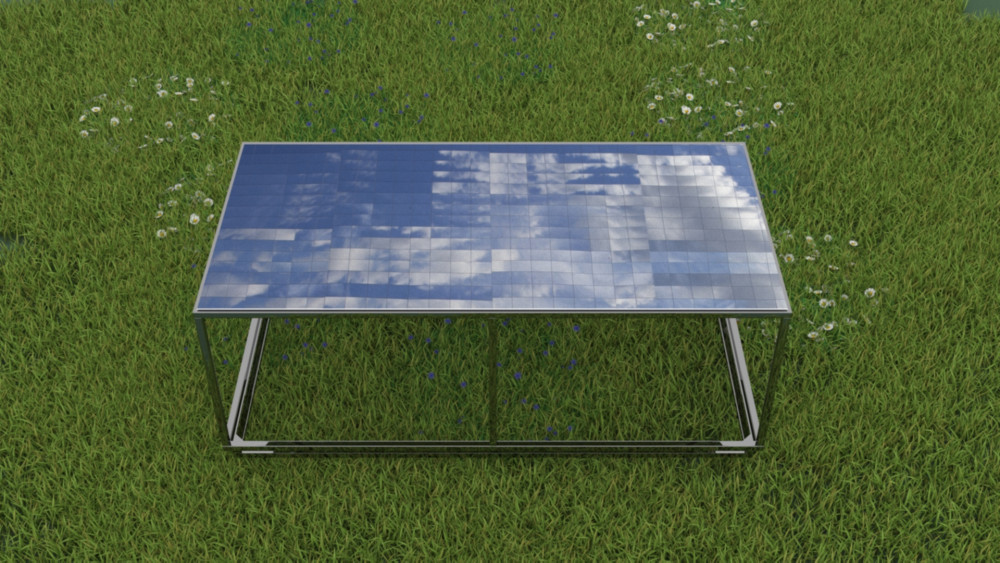 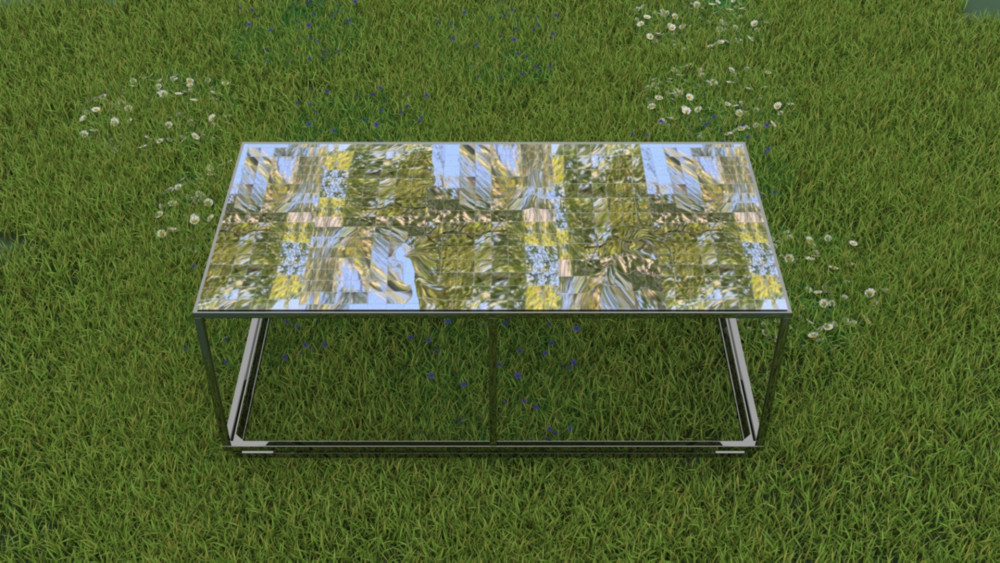