In the shadow of the darkness

Kinoetic Evolution in the internet of things

Simon Weckert — In the shadow of the darkness

The two objects are pointing to the moon and the sun. The LED lights represent the movement and the brightness of the two planets as seen from the centre of the earth in real-time. Fading with the movement of the moon towards the sun, the LEDs foresee the date of the next solar eclipse in any part of the world - that rare moment when the sun and the moon are in one line to the earth. In the history of mankind, the natural phenomena of solar eclipses has been interpreted as a threatening omen, abused by tyranns and described in mythological contexts. Today, having overcome the fear of its super natural quality, we tremble with the prospective a few minutes without solar energy - will our tools and technological gadgets retract in shock?

In the moment of shock, the power source will be switched off. The techno-planets remain paralyzed until the moon has past the sun. 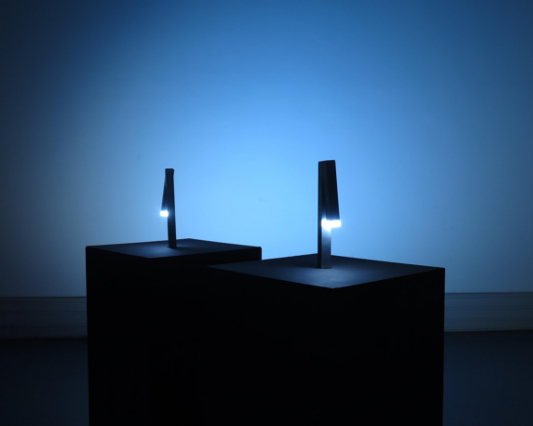 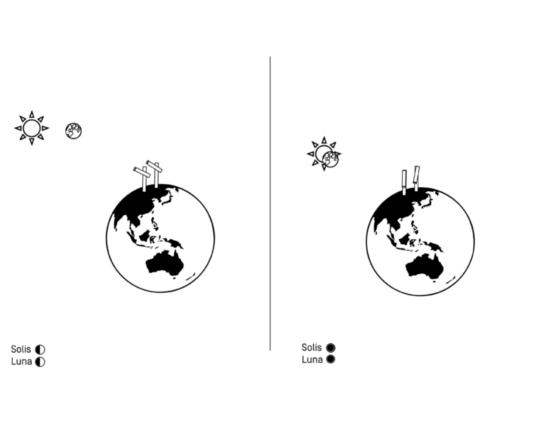 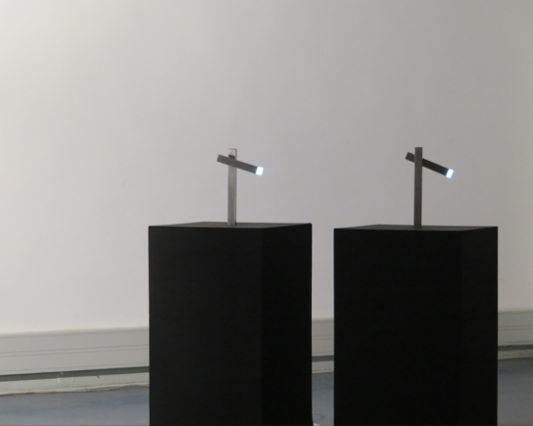 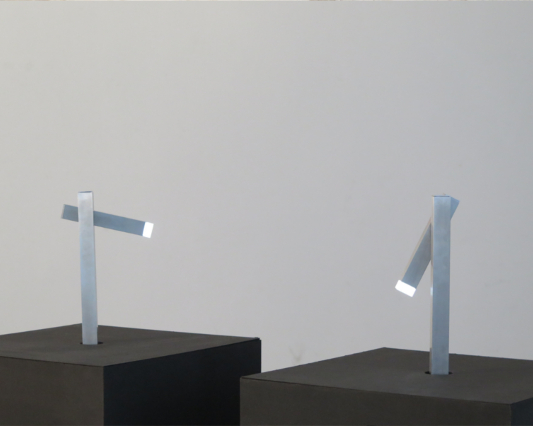 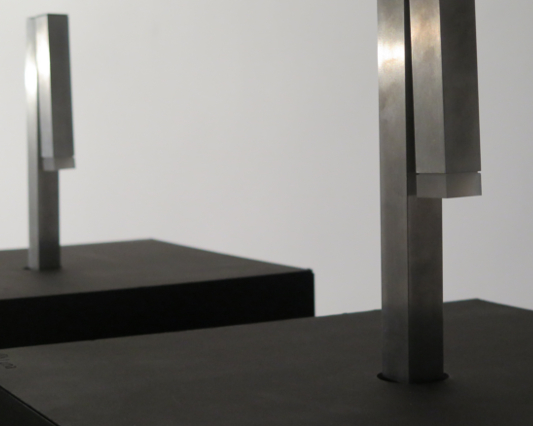