This Is Not A Construction Site

In GOTCHA (Generative Observational Turing Test To Tell Computers And Humans Apart), the fading of the perceptual boundary between humans and machines is explored. In the work, human and machine and their respective representations meet.
As soon as the visitor enters the work, he or she is followed by a square. After a short time, the square transforms into a white shadow calculated by the computer - the virtual representation of the visitor. Only through this shadow the cast shadow of the person becomes visible, which is cast by the light of the projector. The calculated white shadow never completely overlaps the real shadow, but follows the position of the visitor. After a few seconds, the screen is overlaid with a pattern reminiscent of the background of CAPTCHAs. Finally, a black shadow, also calculated and projected by the computer, enters the scene. Here, the position of the shadow in the room is determined independently of the visitor. The shadow seems to move autonomously, following the pattern of the previous visitors. 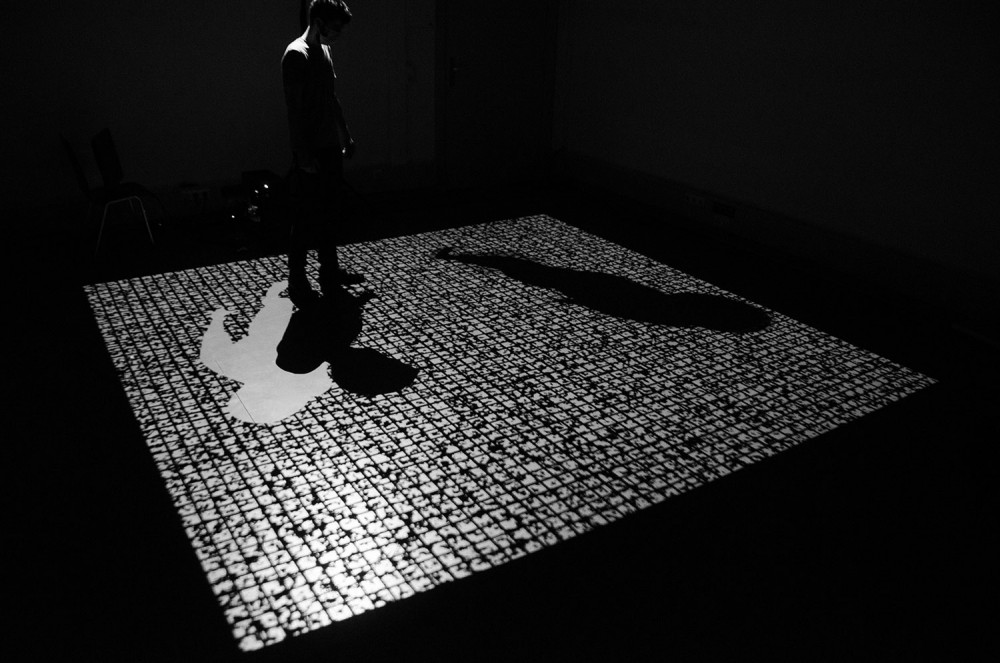 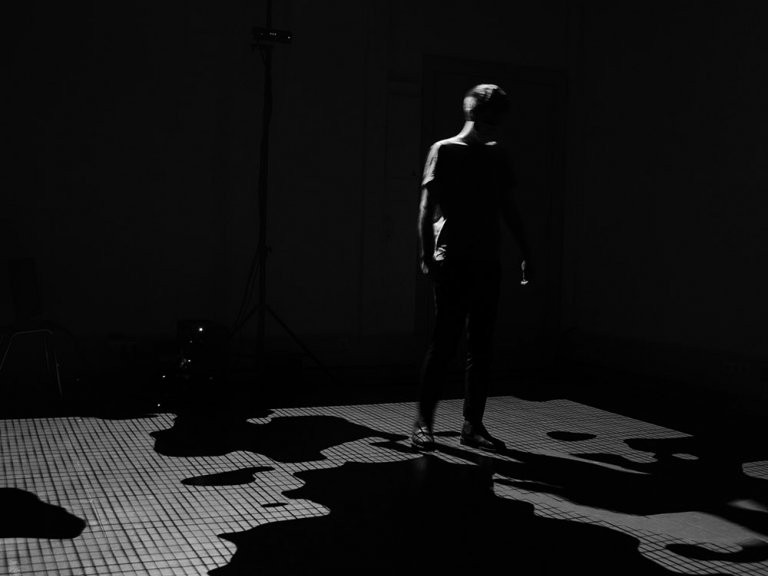 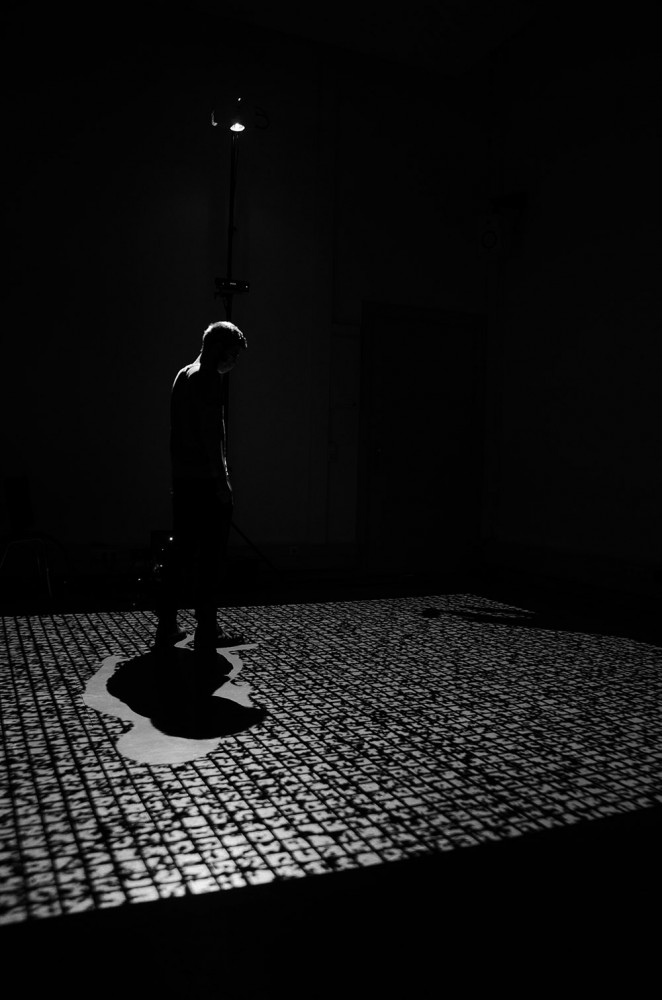 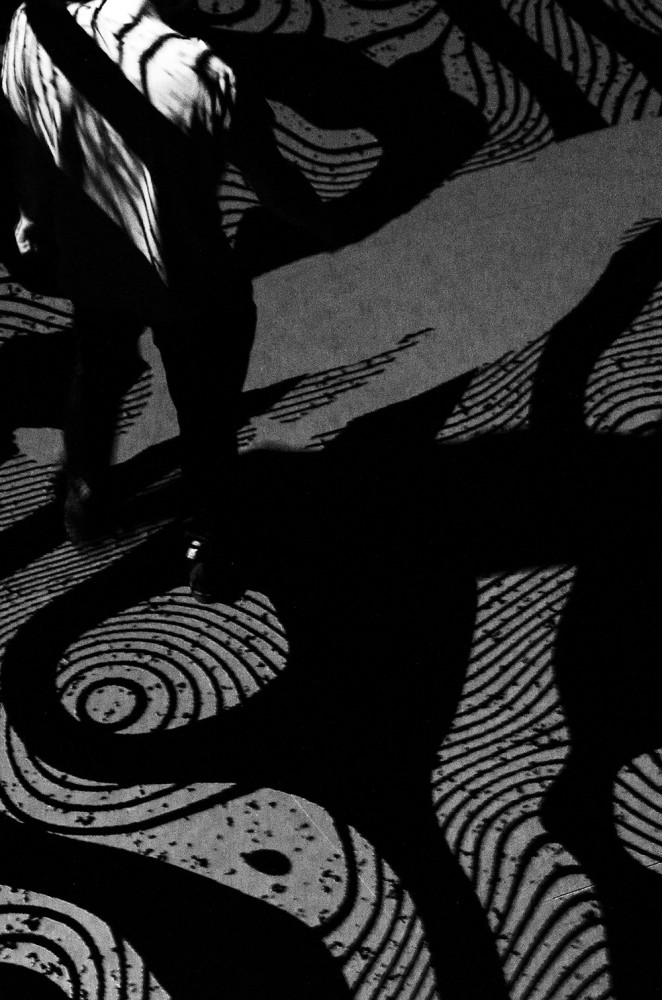 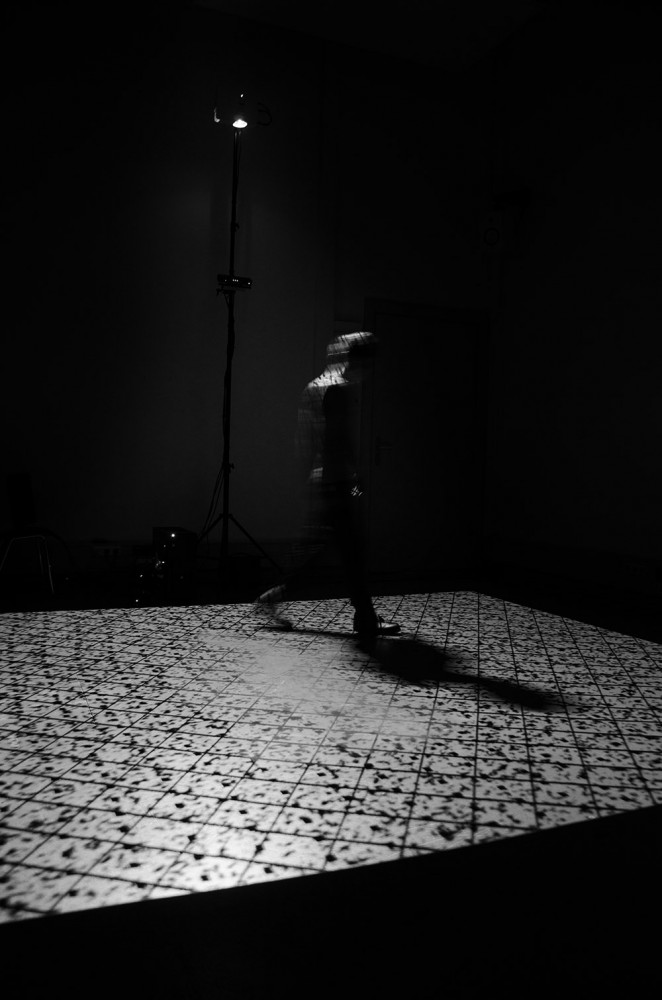