In June 2013 a huge wave of public demonstrations swept through the streets of Brazil initially protesting against the increase of public transportation prices. The demonstrations were marked by police violence and major shifts in media coverage: first  calling for firmer action by the police and later condemning police behavior, thus playing a major role in a change in public opinion and in the direction of the protests.
Bruto is an audio play that reflects on police brutality and its intersection with the media, government, and society. The artist’s personal notes of the events of June 2013 serve as inspiration and guide for the piece’s generative narrative.
The audience is invited to join the instal- lation with their smartphones. Bruto creates an immersive sound environment in which the audience can navigate different narratives through the space. The role of cellphones as speakers presents a direct link to 2013. Their use for recording police violence, its documentation and publication, as well as the organization of resistance was fundamental.
The events of June 2013 still resound today, and are in part responsible for the 2016 institutional coup against the former president Dilma Rousseff and later for empowering the authoritarian government of Jair Bolsonaro. 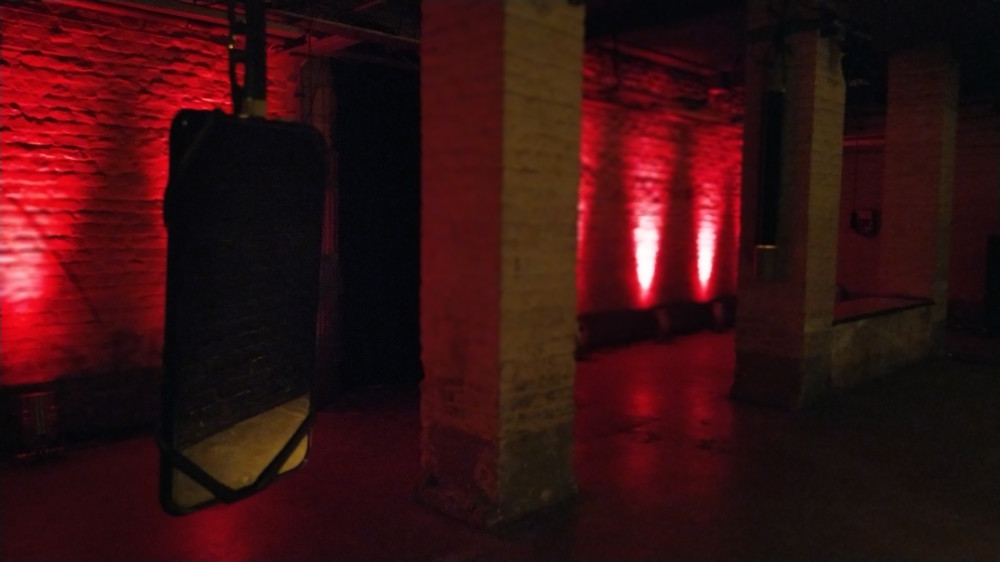