When I started my research on the theme of Orientation/Navigation the path I followed was of orientation as "a person's basic attitude, beliefs, or feelings in relation to a particular subject or issue". This path took me to "sexual orientation".

Since 2005 the American Psychological Association defines sexual orientation as "an enduring emotional, romantic, sexual, or affectionate attraction toward others. It is easily distinguished from other components of sexuality including biological sex, gender identity (the psychological sense of being male or female), and the social gender role (adherence to cultural norms for feminine and masculine behavior).
Sexual orientation exists along a continuum that ranges from exclusive heterosexuality to exclusive homosexuality and includes various forms of bisexuality."

The interest in the topic of sexual orientation comes from my own personal experience. For me, it was always pretty clear that sexuality couldn't live in a set of boxes and categories, that there was much more to it than what we consider in traditional sexual orientation, heterosexual, homosexual, bisexual, and so on.

First, I should make it clear that the history I'm telling, all of my research, was based on western knowledge, and also my perspective and experience on the subject is very much influenced by my life in which is considered the western world, even if the western third world.

How people have sex has always been a subject of control and power. From the times of the Catholic Church to a the more secular society, there has always been regulations, taboos and punishment around sex. For a long time any sexual activity that wasn't potentially procreative was categorized as "sodomy", a term used by the Catholic Church to judge any person participating in such activities, and it is important to notice that such activities didn't take into consideration the participants sex organs, having sex without the intention of procreating was the sin.
The idea of a person being heterosexual (and its opposite, homosexual) came only in the 19th century, and is related to the industrialization and the rise of science and the middle class. In the book "Straight: The Surprisingly Short History of Heterosexuality", Hanne Blank tells the history of how the scientific-looking terms "heterosexual" and "homosexual" were important in keeping the old religious ideas, but dressing them in names using language that would fit a new secular society, while still protecting the middle class "family".

By the same time European countries and the United States had expanded their territories through colonization, having their middle-class in contact with those who they called "natives". The colonizers saw those natives as morally inferior, and over-sexed. Worried with such exposure, they started creating laws and regulations to protect their colonial officers. In many of those colonies, such laws became part of their colonial truth, being adapted and still in place nowadays. In the 2017 report "State Sponsored Homophobia", by the International Lesbian, Gay, Bisexual, Trans, and Intersex Association, it is shown that 49 of the 71 countries that criminalize same-sex sexual relations are ex-colonies of the British empire, and out of those, 31 still have laws criminalizing homophobia that are directliy based on the original colonial regulations.

In the 1850s, around the time when Germany came together geographically as we know, the law makers had to revise their legal codes, and adapt it to suit a new nation. Many of the old sex related laws were still inherited from old Church decrees. As Blank writes, " Paragraph 143 of the Prussian Penal Code of April 14, 1851, in particular, provoked significant protest. P. 143 stipulated harsh punishments, consisting of up to five years at hard labor and accompanied by the loss of civil rights during the period of punishment, for anyone convicted of “unnatural fornication between people and animals, as well as between persons of the male sex.” The rationale given for this law, and the severity of its consequences, was that “such behavior is a demonstration of especial degeneration and degradation of the person, and is so dangerous to morality.”

As a way to oppose the Paragraph 143, in 1864 Karl Ulrichs self-published, under the pseudonym Numa Numantis, a pair of papers where he tried to medically categorize sexuality in 3 main labels:

Ulrichs published the pamphlets as a way to describe his own condition, putting himself in the Urning category, and in hopes that by arguing scientifically he would influence the law makers.
At the same time Karl Maria Kertbeny also wrote anonymous pamphlets opposing to the P. 143, but accordingly to Blank, with a different approach than Karl Ulrichs. He argued that it is simply wrong to "punish someone for actions that harmed no one and all the more unethical to punish them selectively according to the biological sexes of the participants".

Karl Maria Kertbeny and Karl Ulrichs exchanged a few letters, but Karl Maria Kertbeny never used Ulrichs labels, "He preferred his own system of classification (...) in which he opposed “homosexuals” to “heterosexuals” as two parallel and, he implied, equal types of human beings." This is the first time the terms have been used.

None of the men were successful in their opposition to the law, which remained for many generations, being used by Hitler to legitimize the incarceration and murder of thousands of gays. The law was only removed from the german books in 1969.

In 1886, a few decades after the pamphlets were published, Richard von Krafft-Ebing published a book called "Psychopathia Sexualis". In it Krafft-Ebing would describe "new" sexual behaviors and characteristics using scientific naming, creating the first index to disorders of the “sexual instinct” and the human types subject to them. Krafft-Ebing's book was used as a reference by law makers and judges when working on cases of sexual misconduct, and describes both terms used by Karl Maria Kertbeny before, heterosexual and homosexual, as biomedical terms. Accordingly to Blank, Krafft-Ebing's terminology made clear what he saw as healthy sexuality, his views were aligned to the Church in the idea of healthy sexual behavior being only that one that is potentially procreative.

In recent years we have seen a few attempts, using techniques such as machine learning, to find ways of figuring out someone's sexual orientation by physical attributes. Although initially reported as successful, a deeper look into what the machine learning algorithms were analyzing shows that it wasn’t the physical attributes of faces, but other properties of the images from the dataset used for training. This kind of experiment is not new.

Another opposer of the German laws criminalizing sexual behaviors in the end of the 19th century was Magnus Hirschfeld. Hirschfeld, in hopes of proving biological basis to homosexuality to use them as a legal defense, also researched thousands of subjects for features like voice, musculature, height, and so on. His research didn't provide any useful data. He also interviewed people from Germany's colonies in an attempt to prove that homosexuality occurred in every culture around the world. Those interviews were taken at the industrial fairs such as the "Great Industrial Exposition of Berlin", in 1896, which featured 9 human zoos with people brought from Germany's colonies in New Guinea and Africa.

After such interviews Hirschfeld began to write his 1914 book "The Homosexuality of Men & Women". Also, still in 1896 under the pseudonym Dr. Th. Ramien, he published “Sappho and Socrates, How Can One Explain the Love of Men and Women for Individuals of Their Own Sex?” where he proposes a scheme to measure an individual's sexual desire on two independent 10-point scales, A (homosexual) and B (heterosexual). A person could be, for example A5 and B10 at the same time, meaning Bisexual with a stronger heterosexual behavior. This was the first attempt to categorize the sexual orientation more in a spectrum, in the modern scientific discourse.

After Magnus, other authors also proposed different schemes of researching the sexuality spectrum, the most famous being Alfred Kinsey. In the 1940s, Kinsey along with other researchers, interviewed thousands of subjects using a scale he developed and proposed, known as Kinsey scale. Kinsey wrote when he introduced the scale:

"Males do not represent two discrete populations, heterosexual and homosexual. The world is not to be divided into sheep and goats. It is a fundamental of taxonomy that nature rarely deals with discrete categories... The living world is a continuum in each and every one of its aspects.

While emphasizing the continuity of the gradations between exclusively heterosexual and exclusively homosexual histories, it has seemed desirable to develop some sort of classification which could be based on the relative amounts of heterosexual and homosexual experience or response in each history [...] An individual may be assigned a position on this scale, for each period in his life. [...] A seven-point scale comes nearer to showing the many gradations that actually exist."

The importance of Kinsey's findings go beyond just the results of his research or classification of sexual orientation. It is credited as the first attempt to observe and acknowledge the diversity and fluidity of human sexuality.

Since the end of the 20th century, theories of sexuality as performance appeared, the most popular author being Judith Butler. Butler's work in gender theory argues that sexual orientation, and gender, are a performative cultural concept. Butler's work doesn't imply, however, that sexual orientation is a choice. These are concepts created through social interaction and depend on very specific context of time and place, as we saw in the case of the terms heterosexual and homosexual.

Accordingly to her work, there is a variety of states in between the categories society labels. In the case of sexual orientation, it means, like Magnus Hirschfeld argued or Kinsey observed in his research, that there is much more to sexuality than the boxes of heterosexual, homosexual, or even bisexual. Butler and other contemporary authors in gender studies argue that sexuality (and gender) do not exist in a static binary state, but in a fluid, variable, and sometimes contradictory spectrum.

"Countersexuality isn't the creation of a new nature, on the contrary, it is the end of Nature as the subjection of certain bodies to others."

The "counter" of Preciado is inspired by Foucault's proposition that the most effective way of resisting the production of what is considered natural sexuality is not by fighting against prohibition, but by counterproducing alternative ways of sexual pleasure and sexual knowledge, "transforming any body (organic or inorganic, human or not) into a possible pleasure center defers the origin, troubles the center”

I don't plan to explicitly propose or describe exercises and specific activities for navigating sexuality. Preciado does that in his book, in what he calls "Countersexual Reversal Practices". Those practices as I see them, however, are written in the context of a utopian society, the Countersexual Society.

As Hanne Blank writes in her book, "We are still using a very limited nineteenth-century set of ideas and terminology to talk about a decidedly more expansive twenty-first-century landscape of biology, medicine, law, social theory, and human behavior." 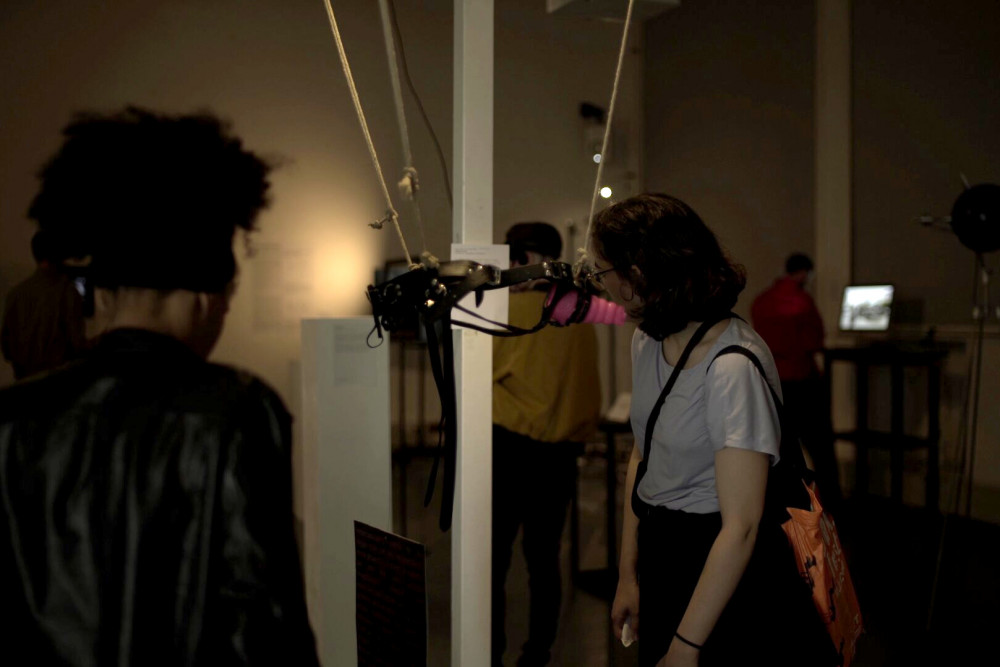 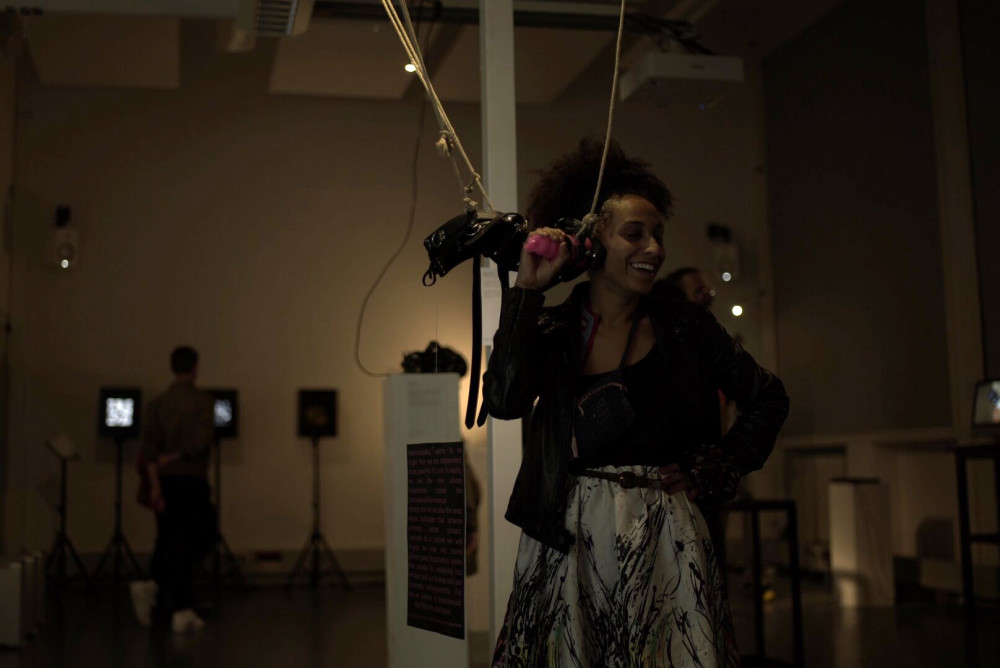 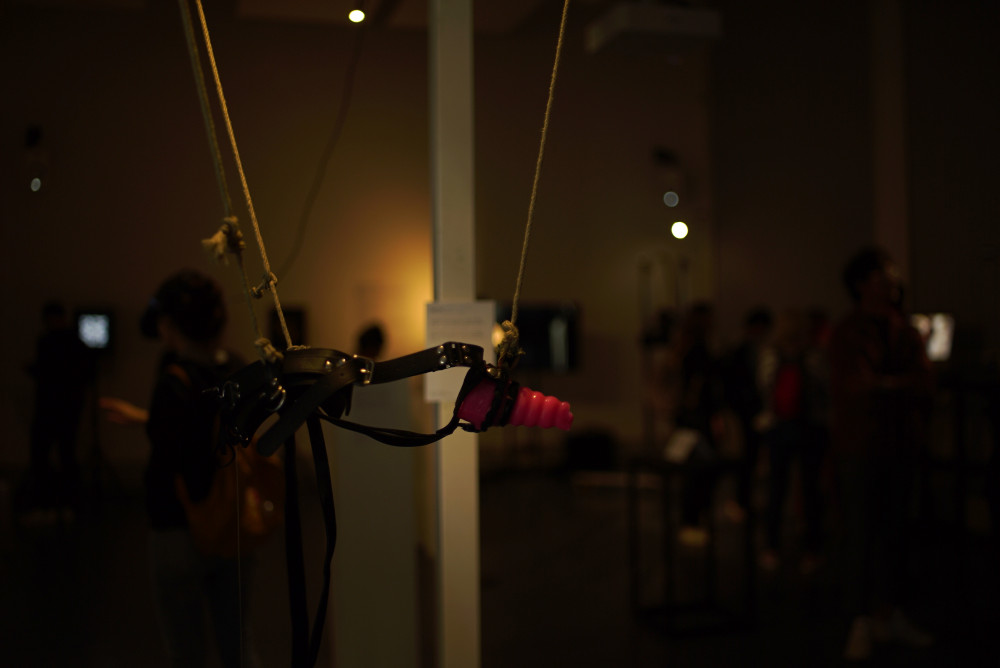