Kepler's Dream is an aesthetical investigation, exploring analog projection technology in the combination with computationally created content that is given a physical shape through 3D printing. Inspired by obsolete projection technologies like the overhead projector, and especially the episcope, an installation was designed that generates unique imagery and a fascinating experience. Mixing digital aesthetics - parametric and generative shapes - with the qualities of analog projection creates an otherworldly look that seems to be neither digital nor analog. Interacting with the installation creates a deeply immersive effect, as the instant reaction of the projection and the "infinite frame rate“ let this fantastical world come to life. In the design process it became clear that a shallow depth of field of the projection invites to explore and decipher. A spherical object was chosen to allow for a seamless exploration with the freedom to move in all directions. The formal aesthetics of the first prototypes evoked associations with the model of the solar system in "Mysterium Cosmographicum" by Johannes Kepler, who thought to have found the geometrical basis of the universe in the platonic bodies. Picking up the mysticism created by Kepler, who also saw the platonic bodies as representations of the elements (fire, water, earth, air), the projected world embodies an abstract story. Each element is represented by a platonic body that transforms into parametric shapes and landscapes. For example, the tetrahedron breaks apart into jagged structures which resemble fire. The dodecahedron, the ether containing the other platonic bodies, seems to have crashed into the rigid landscape, leaving holes in the mountain sides matching the shapes of the octahedron, icosahedron, tetrahedron, and the cube. This abstract world can be explored in a non-linear way. Following the path of the structures back to the initial platonic bodies, one can find the conclusion in the all connecting dodecahedron. 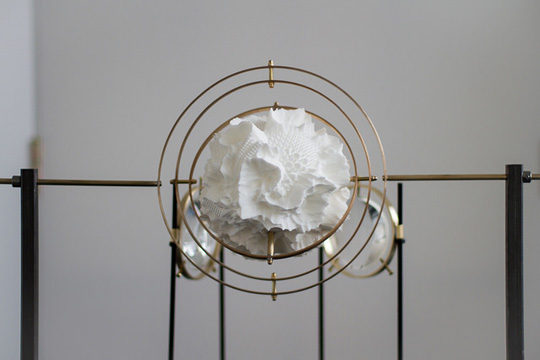 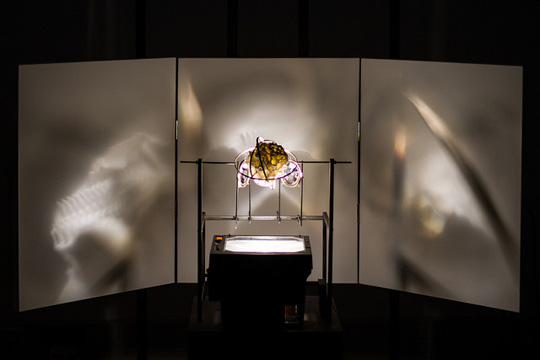 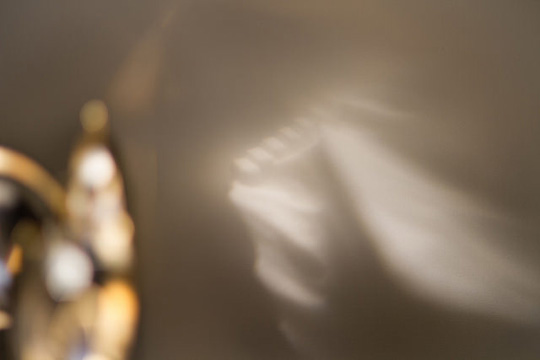 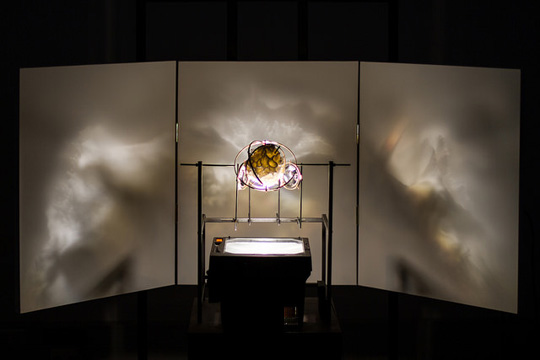 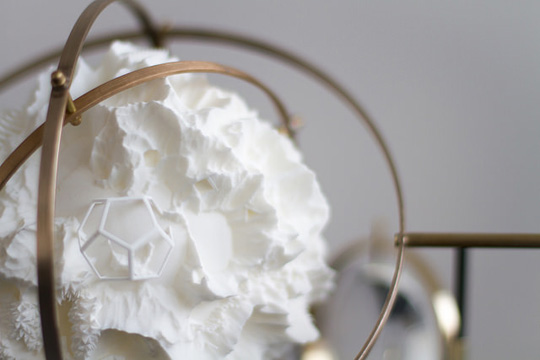 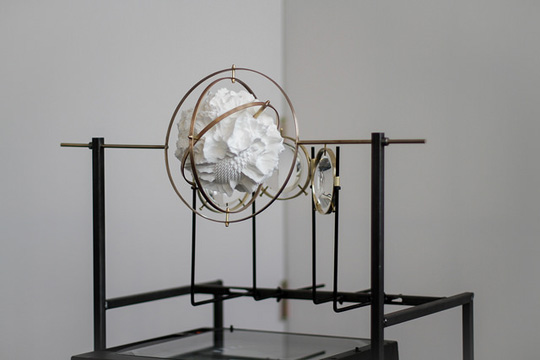 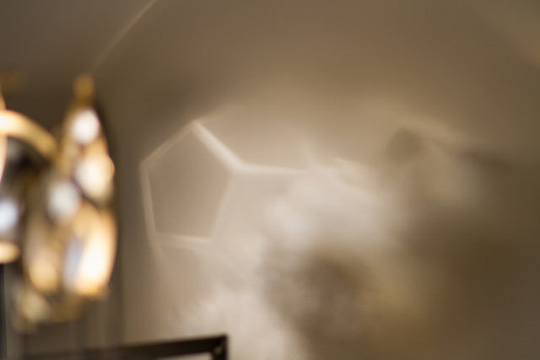 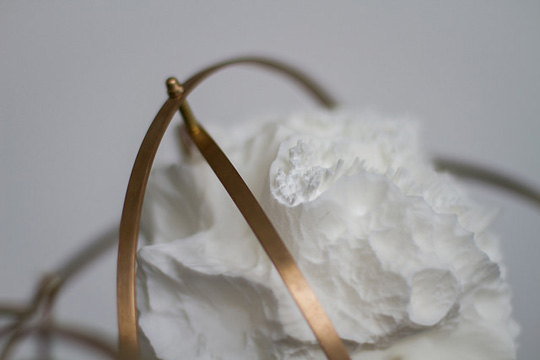