Our basic motivation was to build a robot, capable of perceiving its surroundings and reacting accordingly. These assumptions lead to the "ICYS TK 5000" robot. It disputes with the ever-growing surveillance in urban space. Everywhere you go, you are being tracked and data is stored. The aim is direct confrontation. How does it feel to be tracked? ICYS is equipped with a high-resolution camera, enabling it to perceive its surroundings. A custom designed face-tracking software allows the robot to recognize people and produce mug shots. For every spotted person, the robot automatically logs the time and the geo-coordinates via GPS. The gathered information is printed on little stickers. Those stickers are adhered directly to the ground, thus leaving a distinctive trace of people moving through the city. Due to the nature of the thermopaper the stickers also have a limited lifespan. The information fades over time because of heat, light and weather. Technology For the ICSY TK 5000 prototype we used a vacuum cleaner robot as the base. It is controlled by two microcontrollers. A small computer inside is responsible for face-detection and printing. The printing assembly in the base of the robot consists of a hacked GameBoy thermoprinter together with a sophisticated contraption to peel the stickers off the transfer paper and stick them to the ground. A servo-controlled webcam tracks people's faces with the help of the "OpenCV Library". All software for the robot was custom coded. 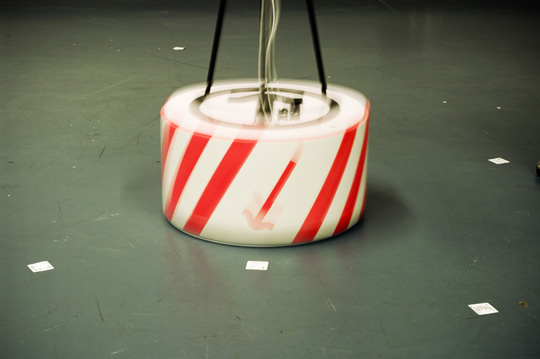 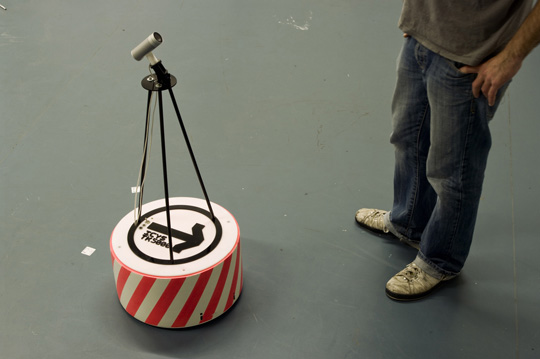 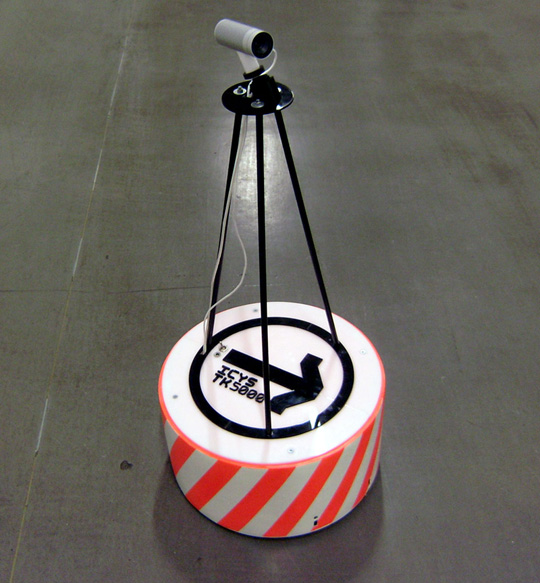 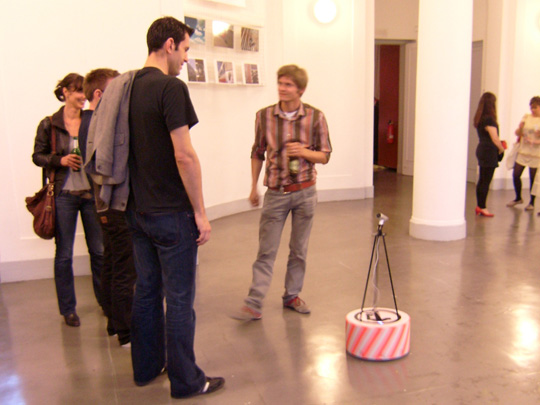 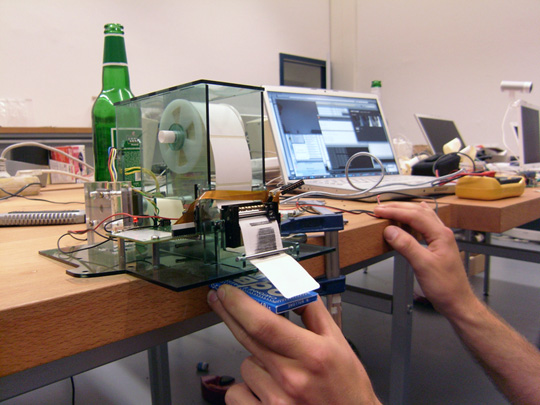 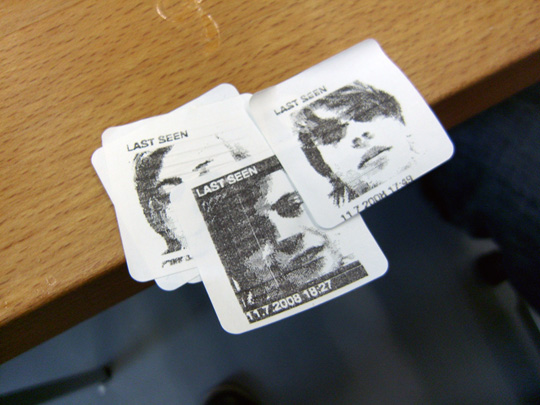 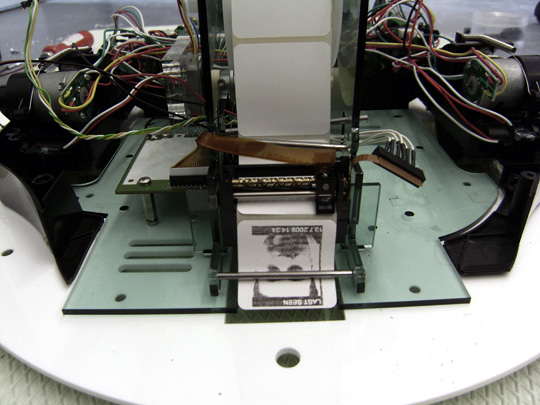