The installation explores Jacques Lacan's psychoanalytic theory of the mirror stage. According to his theory, an infant develops a sense of identity upon seeing itself in a mirror for the first time, and with it, its first identity conflict. The new found identity and the old self separate in two states of "I": the Je and the Moi. It’s Lacans belief that the object of psychoanalysis is to decrease the difference between the two states with a dialogue between the Je and the Moi.

By placing a screen above water and feeding the resulting reflection back to the system, the machine creates a constant dialogue between the image on screen and the reflection in the water. The machine continuously adjusts itself to what it sees in its reflection, trying to constantly decrease the difference between the two states. Therefore, between the Je and the Moi. 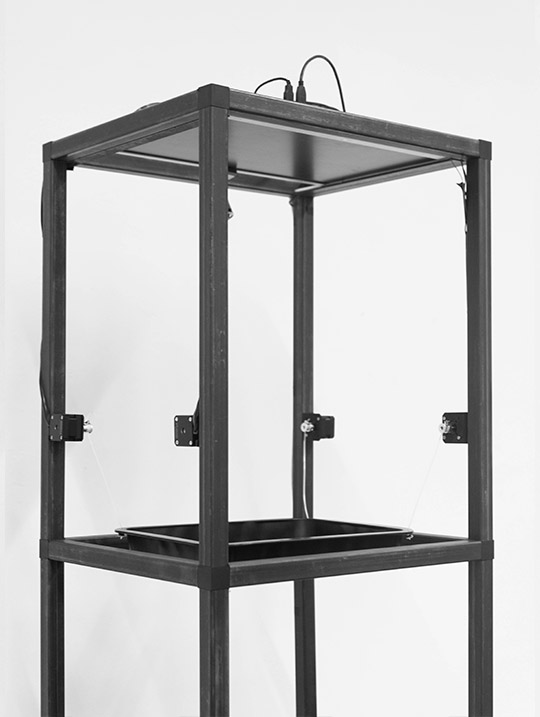 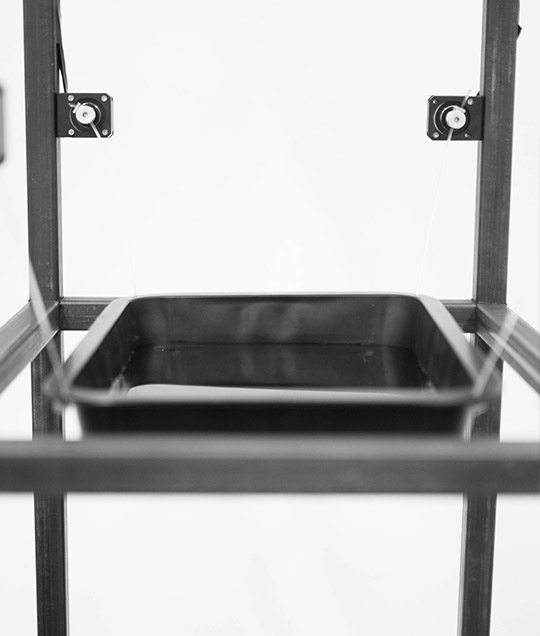 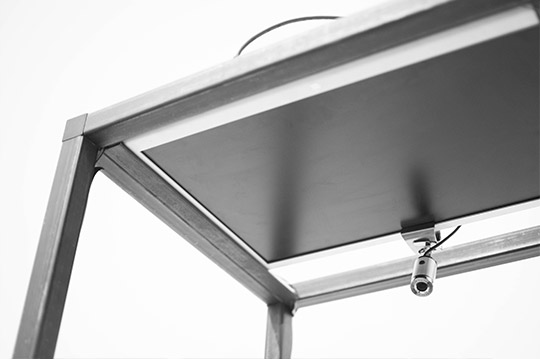 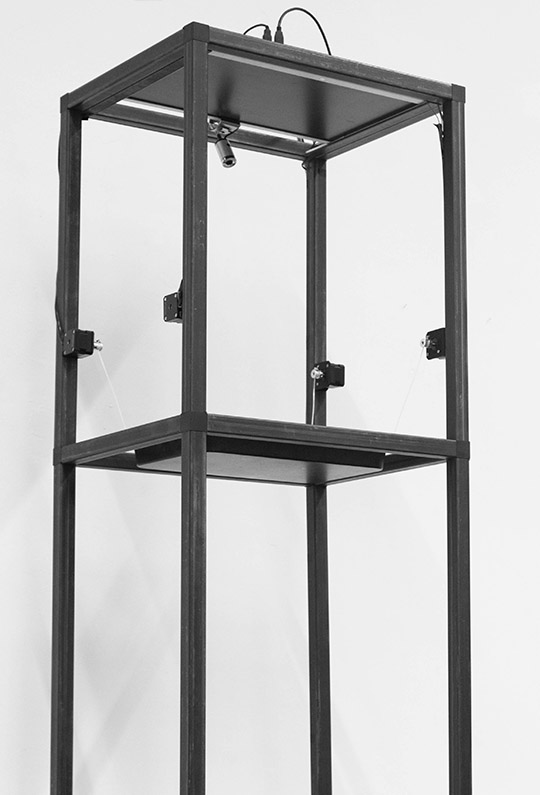