Julius von Bismarck — The Space Beyond Me

Apparatus for reviving spaces that are captured in celluloid.

What happens, if a projector moves while it is projecting in exactly the same way in which the camera moved that recorded the film, which is now being projected? What happens, is similar to processes happening in the brain when we perceive our surroundings. Virtual rooms or landscapes are composed from flat visual information, constructing a subjective representation of the world.

The installation »Space Beyond Me« is able to construct such a representation from celluloid film. A modified 16mm camera is converted into a UV-light projector. It projects a film whilst moving in exactly the same way in which the camera operator moved the camera while shooting the film.

The projector is placed centrally in a round room, the walls of which are painted with phosphorescent paint. The paint emits an afterglow of the image projected onto it, so that the moving camera-projector keeps adding to the image. After the film has played, all scenes of the film are reproduced in their correct location. The film, which originally recorded a spatial setting, has been translated from a time-based medium back into a space.

In collaboration with Andreas Schmelas. 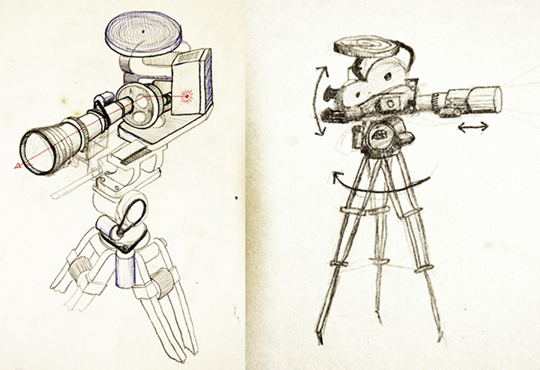 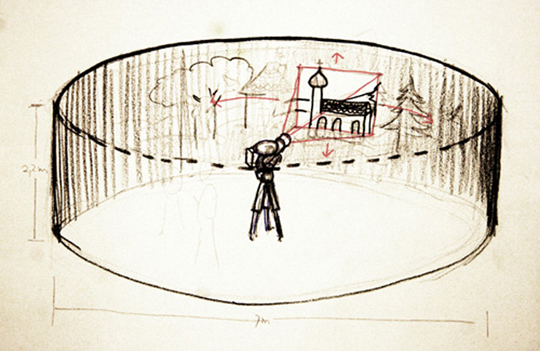 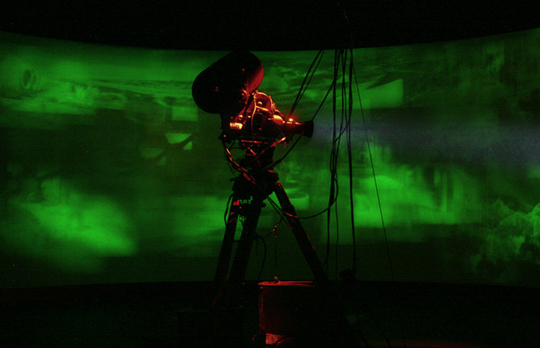 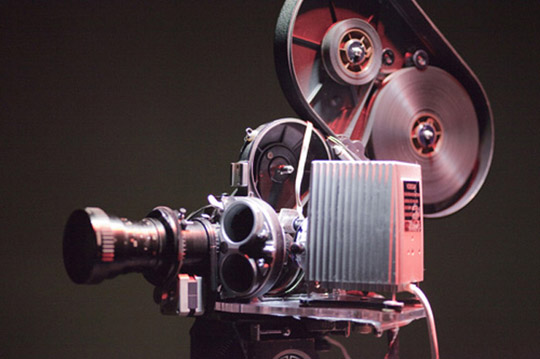