The Narciss Cam refers to Ovid’s Narcissus, who has been described in the narrative poem “metamorphoses”. Narcissus is a young man who disdains the love from the nymph Echo, but fell in love with his own face - shown by the reflection of a lake. Since the invention of the photography (as well as in painting), people always attempted to reproduce themselves in a self portrait. There are several technical approaches like self-timer or remote controls to realize a photograph of oneself. But you can also watch people trying to point the camera (mainly small devices like mobile phones) onto their own faces by stretching their arms as much as possible; or just shooting into a mirror to capture the reflection of their own. The Narciss Cam loves you as much as you love yourself. It shows your reflection, so you can monitor your look and adore how good you are looking. But it refuses to work for other people than you. If someone else is looking into your cam, it will hide any picture and even the expected portrayal. If another person tries to take a picture, the mirror cam lets him know through wild vibrations, that it doesn’t allow him to process and that it belongs to and loves someone else. Through advanced face recognition technology, the narciss cam has the ability to identify you as its beloved owner. 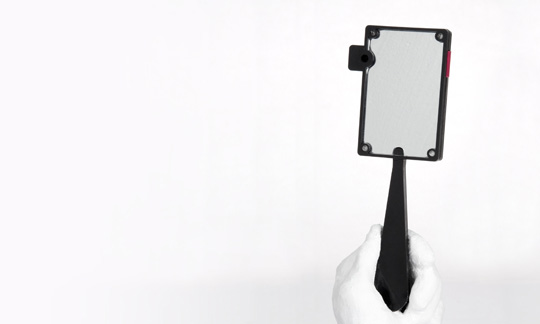 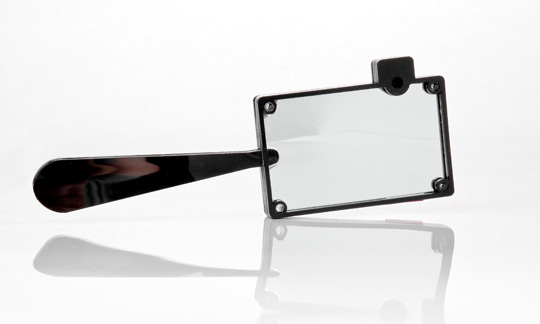