a given constraint: DO working with light as material, DO NOT using it as visual medium

I was supposed to perform my AV live work 'Data.Nature.Anagenesis' with my former LED-wearable-hoody in one festival during this short-term project. To do this both at the same time, I decided to make a new suit and attach photo sensors on the backside. The lights were passive before, which just receives sound and emit.

The new suit I have made in this term is now not only receiving sound but also affecting a frequency of the sound. In addition, since the amount of light affects to the sound, I also changed the material of the suit, which has light reflective function. 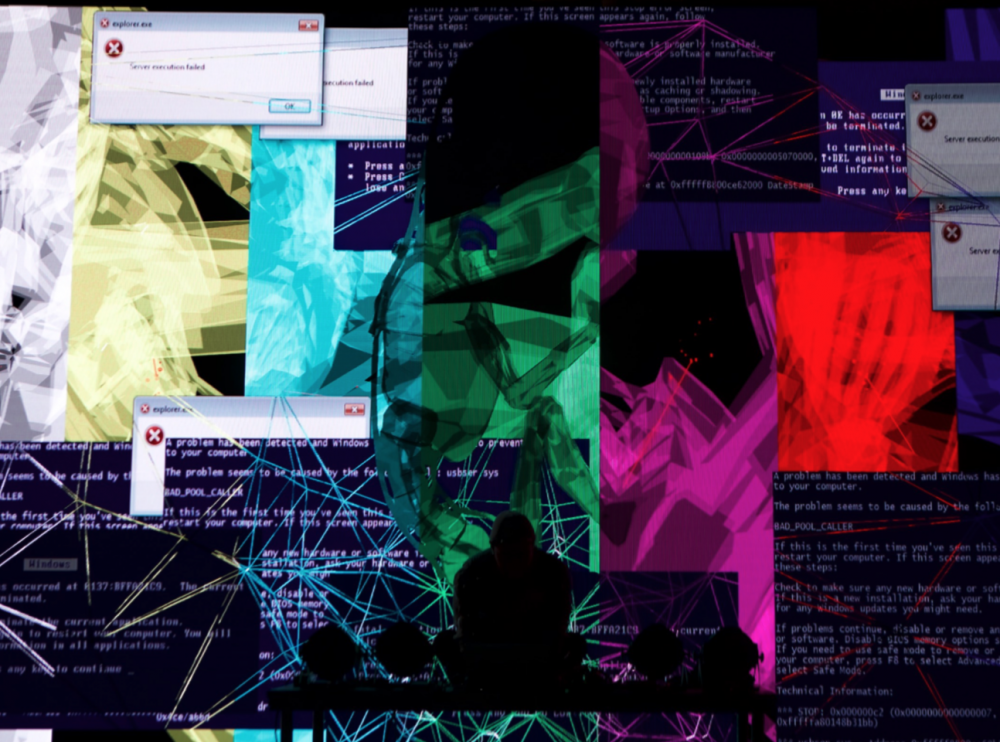 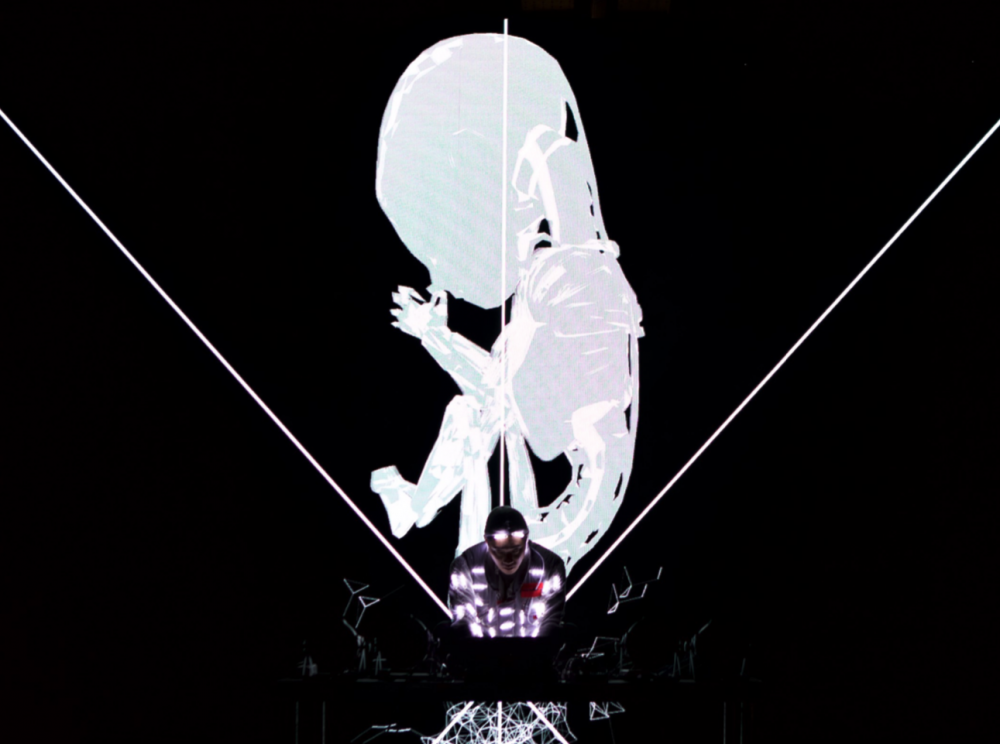 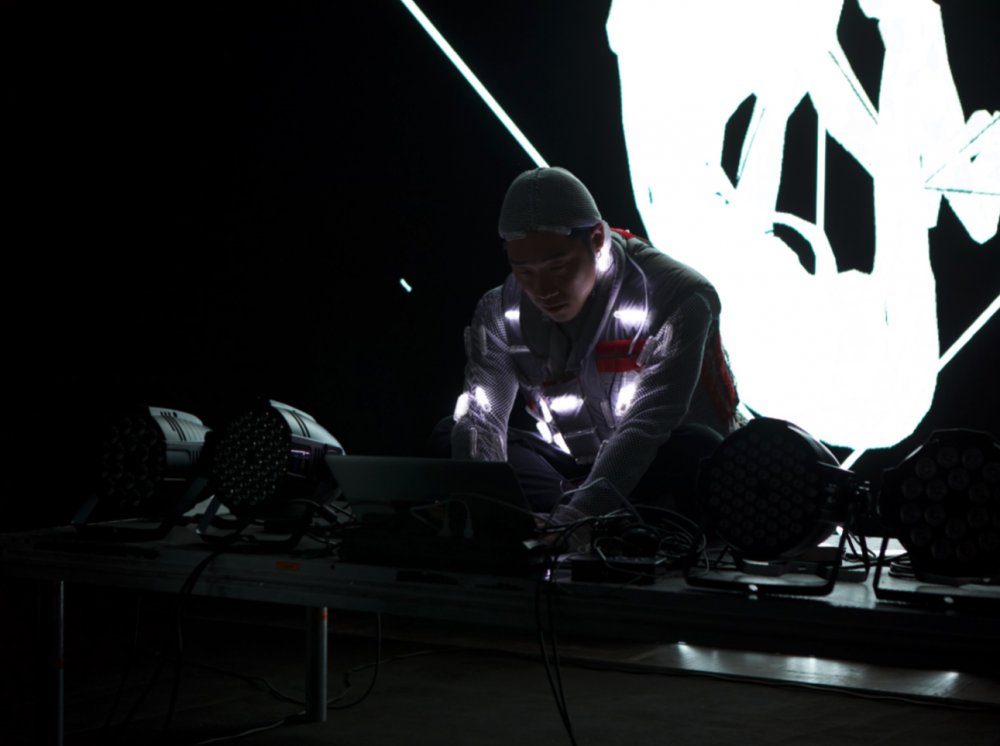 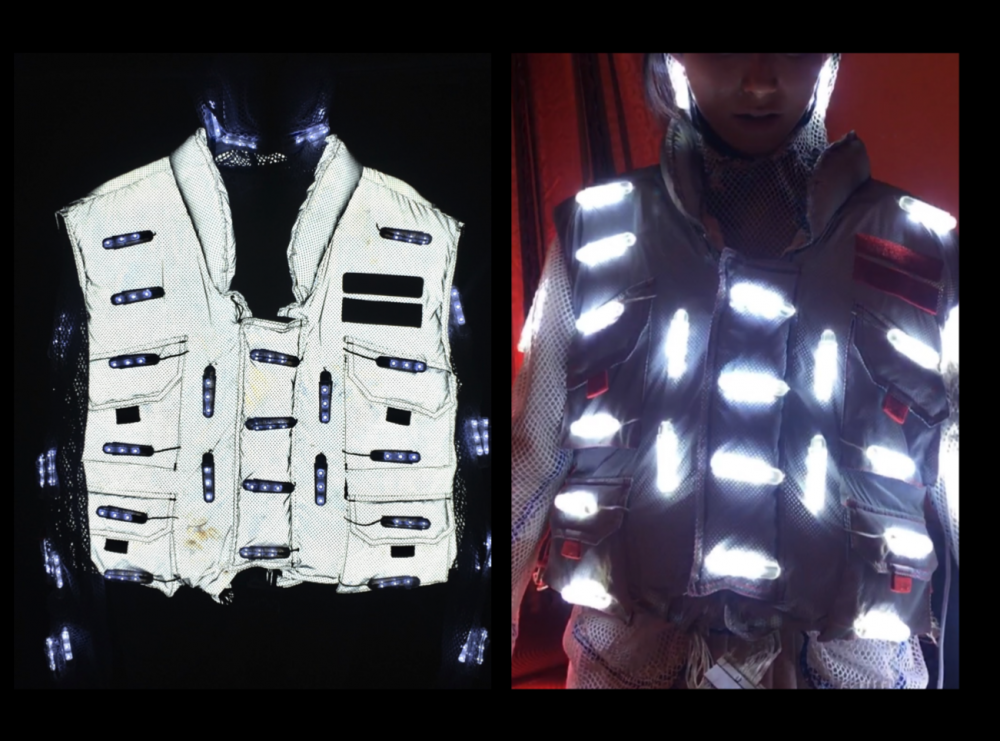 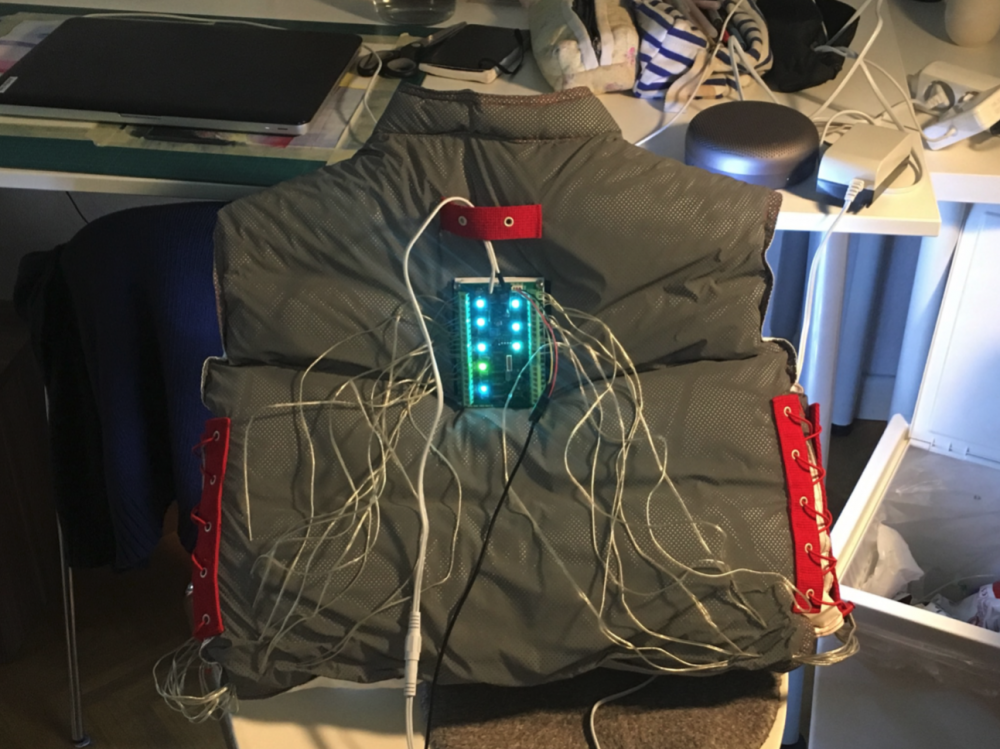 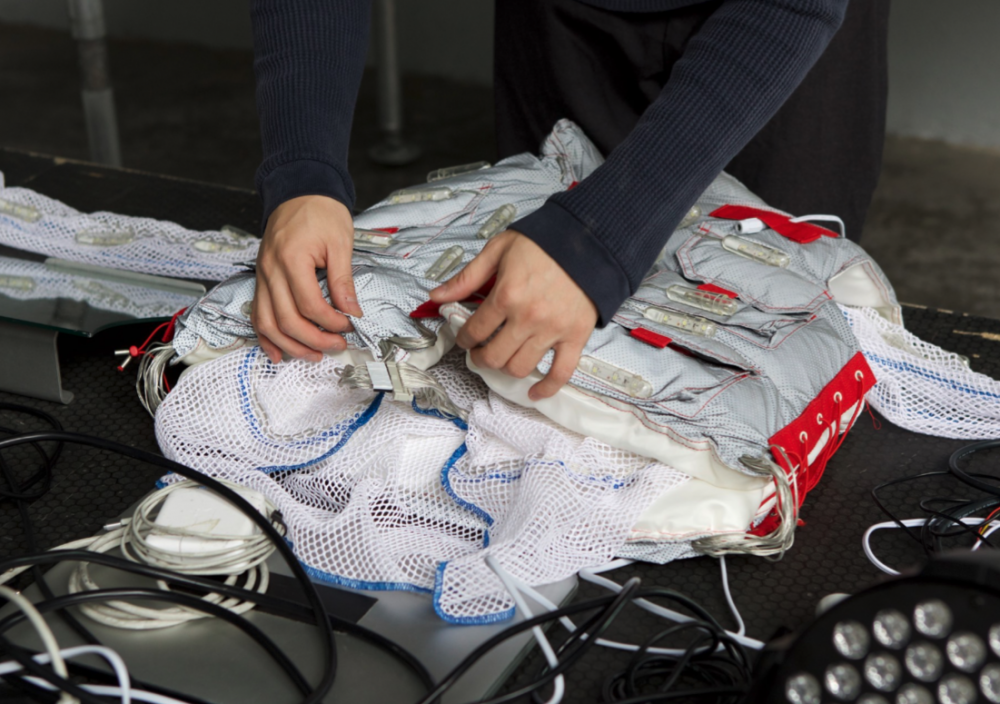 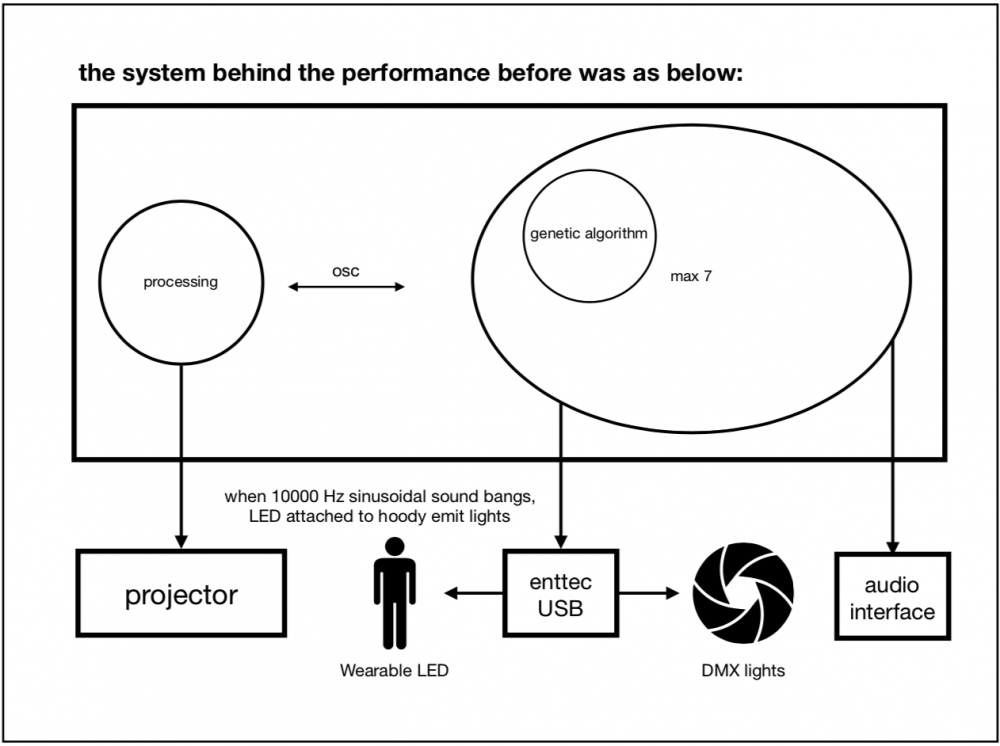 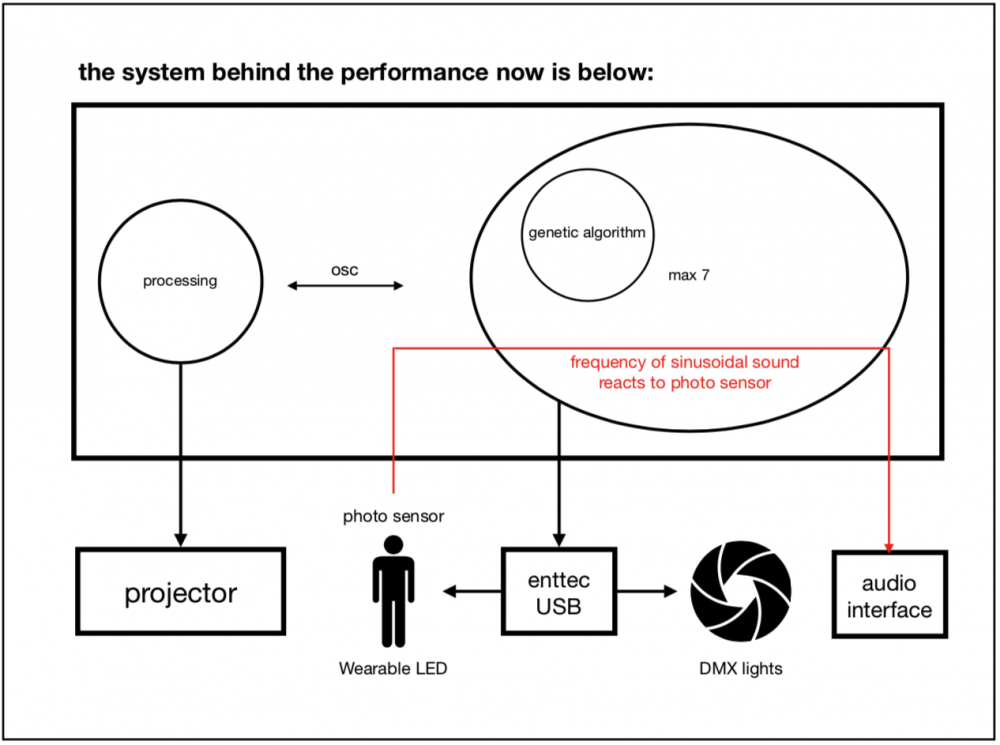