Blood and cross with 16 laser pointers

I hear Fibonacci when I sleep

»Interrupt« is designed as a terroristic toolset for the 21th century. It is a bomb like device to blow out electric fuses. Like a regular bomb it is equipped with a timer and a trigger, unlike a regular bomb the damage is not physical. After end of the countdown the two poles of a connected power supply get connected – the fuse blows out.

The »big blackout« in northamerica in the year 2003 demonstrated the general energy dependency of the western culture. Several studies of the past have shown that the energy infrastructure is not future proof and vulnerable against several outside influences. The threats to our society are similar to those of a war and become one of the great challenges of our future. 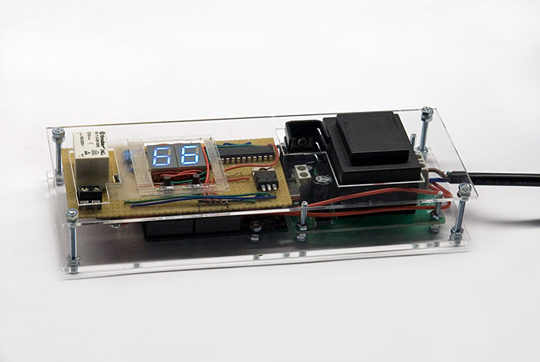 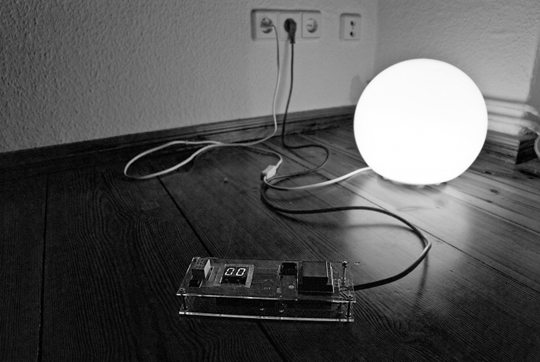